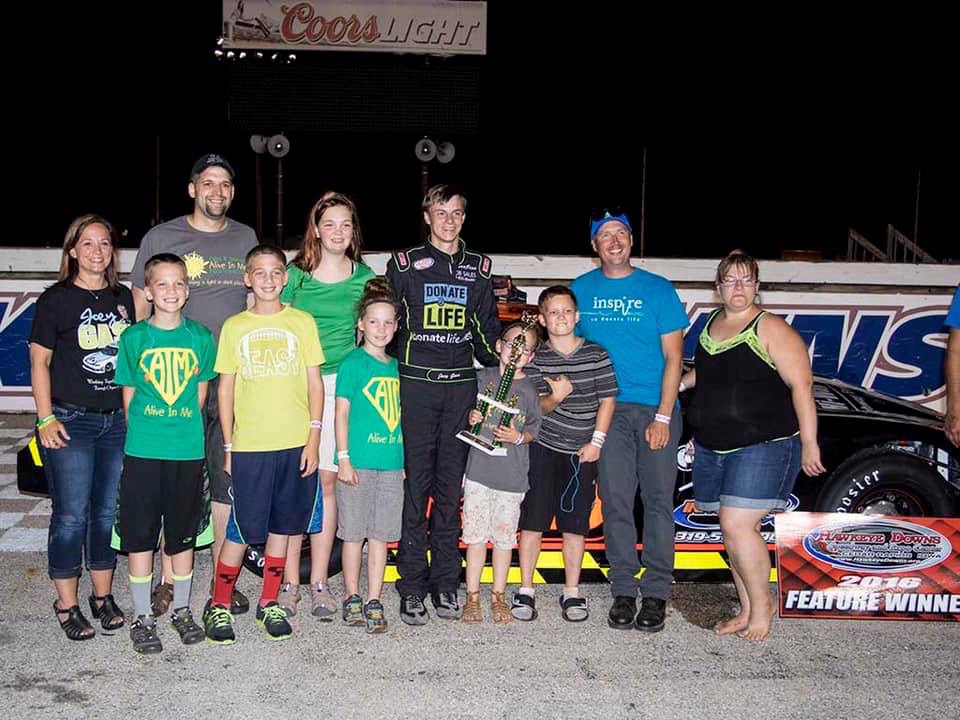 Joey Gase took a little time Monday evening to remind everyone tge nt of effort smaller teams and families have to provide in order to simply show up to race day.

The comments from Gase come a day after Lyle Busch questioned why drivers who had never even won late model events were able to compete in the Monster Energy NASCAR Cup Series.

Someone implied last night that I have never won a late model race before. As you can see in the pics below I have won a few in my day and just wanted to share my story a little bit and thank the people who have helped me get to where I am today. My dad raced before I did at the local short track level and that’s how I fell in love with racing. When I was 4 years old my dad got me my first yard kart and would turn hundreds of laps on the driveway everyday. When I turned 14 my dad retired from racing and I started to race his old open wheel modified and won that year up at Oktoberfest in Lacrosse, WI which anyone in the Midwest knows how big of a weekend that is. When I was 16 I was the youngest ever to win the track championship in the Late Model division at Hawkeye Downs Speedway racing against some of the best in the Midwest like Johnny Spaw, Tim Plummer, Griffen McGrath, Dougly Fleck, Brad Osborn and the list goes on and this is when my career took off. This was only made possible because a family friend believed in me and bought my first two late models and the motors to go with it. Our crew consisted of my dad, my uncle, grandpa, and I. My parents were not rich, my dad worked in a coal power plant for 20 plus years and my mom was a hair stylist. It took the effort of my whole family and a lot of people who believed in me to get to where I am today and I can’t thank them enough. We have accomplished a lot of cool things over the years, my top memories being winning my first race back after my moms passing, finishing 5th with Jimmy Means Racing at Talladega after almost missing the race and making my first start in the Daytona 500 and being the highest finishing rookie (23rd). I have to give a HUGE thanks to Jimmy Means for giving me a big chance and making it possible for myself to get established in NASCAR with nearly no funding when we first started and Carl Long for picking me back up after my big sponsor from last year did not stand by their commitments and letting me know in the middle of December. We have to work for every sponsor we get and I am proud to say I have 30 different sponsors this year and would not be here without them. Also have to thank all of my fans for always standing by me. MBM Motorsports #donatelife Eternal Fan