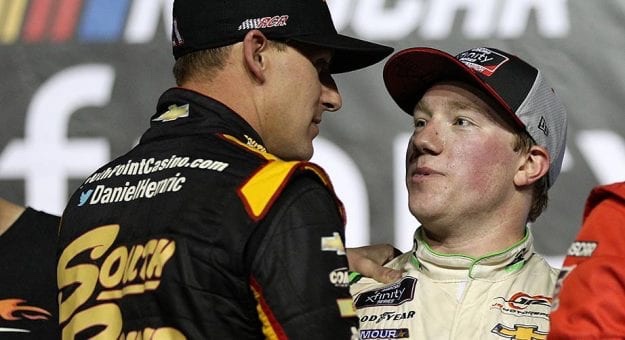 Daniel Hemric has only a few racing remaining in the No. 8 Chevrolet of Richard Childress Racing.

On Tuesday RCR announced that Tyler Reddick would replace Hemric in the Monster Energy NASCAR Cup Series for the 2020 season.

RCR considered running a third entry in the Cup Series by restarting the No. 31 team but that scenario never came to pass.

Forever grateful to Richard & everyone at @RCRracing for the opportunity. I’m disappointed it ended like this, but we’ve got nine more races together & some team goals that are still within reach. I’m going to do all I can to make sure we get those & finish the season strong.

Hemric has a beat finish of fifth at Talladega on the season. He has two top 10 finishes though 27 races this season.

The news of Reddick moving to the MENCS is overdue. A year after winning the Xfinity Series title, Reddick remained at the level for 2019. Reddick has five Xfinity wins this season adding to his two from a year ago and one from 2017.