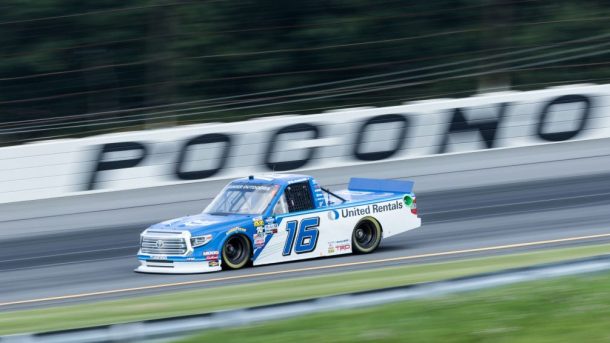 NASCAR fans are in line for a triple header on Sunday if the weather cooperates.

After rain forced the cancellation of the Gander RV & Outdoors Truck Series race at Pocono on Saturday it was announced that the event will now be run on Sunday morning prior to the Xfinity Series race.

The second scheduled race at Pocono for the Cup Series this weekend is slated to follow the Xfinity Series event.

Currently the plan is for the trucks to run at 9:30 am with coverage airing on FS1.

NASCAR is hopeful of being able to run Saturday’s Cup Series race at the triangular track..