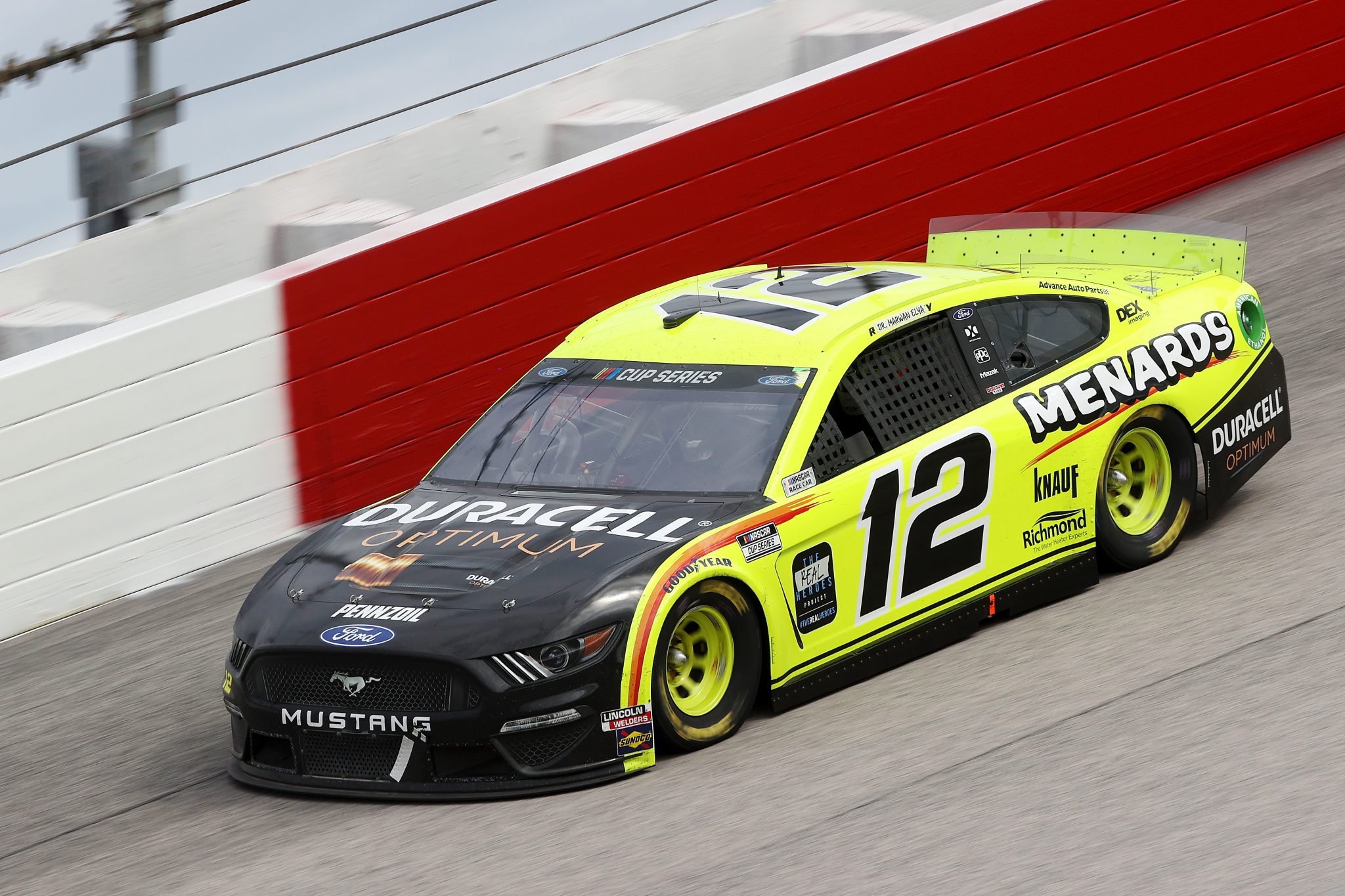 Ryan Blaney won the GEICO 500 which was run on a Monday after race forced the scheduled Sunday race to be pushed back.

Prior to the race starting drivers stood on pit road with Bubba Wallace after a noose was found in his garage stall Sunday.

Tyler Reddick would win the first stage of the race which ended under caution. The second stage went to Ricky Stenhouse Jr. after he was given a push by Kyle Busch. Early in stage three something would break in Matt Kenseth’s car continuing his frustration since been announced as the replacement driver in the No. 42 car.

With 55 to go Chase Elliott spun after getting a push from Brad Keselowski while making a move to get around Joey Logano. Also damaged in the incident was Austin Dillon. The seventh caution of the day came out following damage to Brennan Poole and Joey Gase cars.

With three laps to go Kevin Harvick would spin Jimmie Johnson bringing out a caution and setting up a green white checker attempt.

In the end Ryan Blaney was able to side draft by Harvick to win the race back to the checkered flag.

The win is Blaney’s fourth in the Cup Series as he has now won the last two Talladega races.