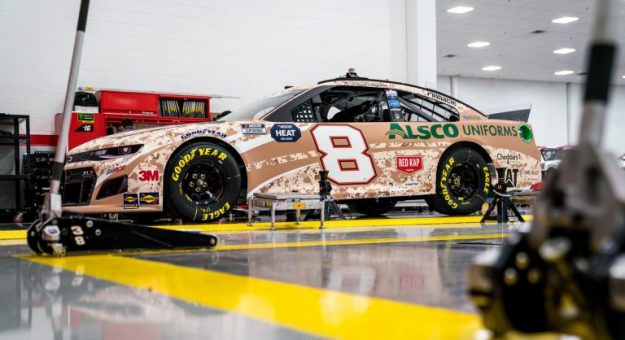 Richard Childress Racing’s Tyler Reddick will join teammate Austin Dillon in proudly carrying the name of a fallen military member on his No. 8 Alsco Chevrolet Camaro ZL1 1LE for the Coca-Cola 600 on Memorial Day weekend.

Reddick will honor the name of fallen US ARMY SGT. Norman L. Tollett in what will be the rookie’s first start in the Coca-Cola 600. The No. 8 Alsco Chevrolet will sport a special camouflage paint scheme with Tollett’s name displayed on the windshield header.

“It’s really special to me to be racing in my first Coca-Cola 600 and taking part in NASCAR’s salute to those who made the ultimate sacrifice for our country,” said Reddick. “This is my first time carrying a fallen soldier’s name on my windshield, and I know my team and I will do everything in our power to honor Sgt. Norman L. Tollett and make his family and friends proud. I’m so proud to work with partners like Alsco, who designed such a special paint scheme for our Chevrolet to help signify our thanks for Sgt. Tollett and the entire military.”

In 1994 Tollett graduated from Elyria Catholic High School, where he was co-captain of the school’s football team. Tollett looked up to former NFL player Pat Tillman, who said he joined the Army to become part of a larger team. Tragically, the former athlete turned soldier was killed in Afghanistan in 2004. Inspired by Tillman’s story and after visiting the World Trade Center site in New York, Tollett joined the military in 2004.