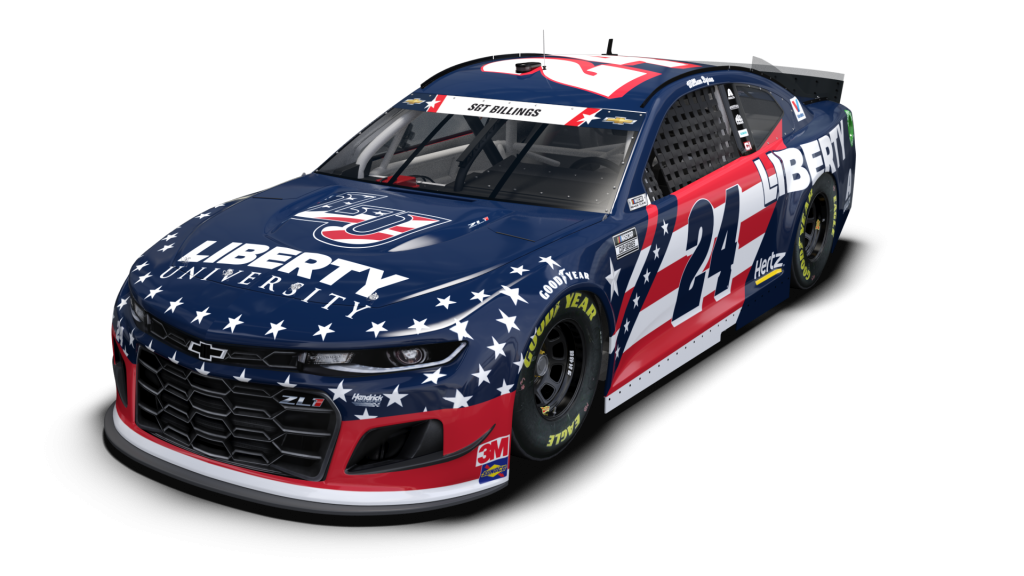 Tuesday, Liberty University unveiled the patriotic scheme Byron will have on his No. 24 Chevrolet Camaro ZL1 1LE on May 24 to honor Sgt. Robert Billings, who was killed in Afghanistan on Oct. 13, 2012 at the age of 30.

Billings, who was a Liberty alumnus, will have his name displayed across the windshield of the red, white and blue Chevrolet.

“He was a good man,” Billings’ mother, Hope, said. “The life he led with the service is the same he gave to his family.”

Billings is survived by his wife, three children, parents, sister, brother and maternal grandparents. He entered the Army in January 2006 and was first deployed to Iraq from August 2009 to September 2010.

He was in his second deployment at the time of his death.

Byron currently is enrolled in Liberty University’s online program. He tweeted that the scheme was “beautiful.”