ThorSport Racing is strong in 2019 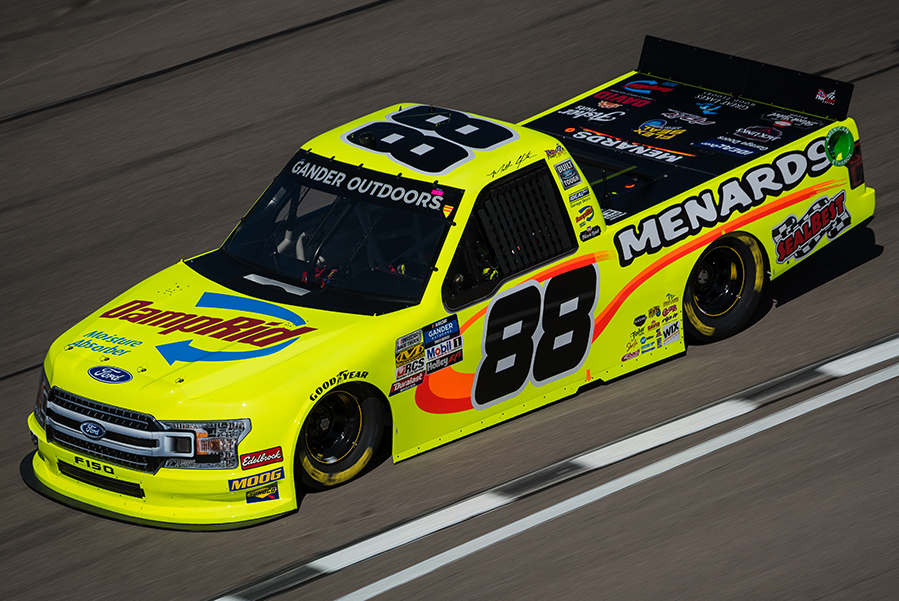 The entire ThorSport Racing organization seems to be hitting on all cylinders this season, as all four drivers are currently in the top 10 of the NASCAR Gander Outdoors Truck Series driver championship standings following Texas.

Currently, Grant Enfinger is second in the series standings, Ben Rhodes is third, Johnny Sauter is fourth, and Matt Crafton is sixth.

Heading to Dover in a few weeks, things look promising for the team as well. Two of ThorSport Racing’s current drivers have won at the high-speed one-mile track (Sauter in 2017, 2018 and Crafton in 2016).

Though all four drivers are still chasing after their first win this season, they’ve still managed some solid finishes. Let’s look at the individual performances of the ThorSport Racing team this season:

Matt Crafton: 2019 is shaping up to be Crafton’s comeback season. With four top-10 finishes under his belt and an average finish of seventh, Crafton has demonstrated a consistently strong performance this year. Heading into Dover we can expect to see more of the same. Crafton was the winner of the event back in 2016 and managed a second-place finish last year.

Johnny Sauter: Sauter is sure to head into Dover with confidence as he is the defending event winner for the past two years. Despite a rough start to the 2019 season in Daytona with a 23rd-place finish for Sauter, he has managed to make a comeback with the past four races. The series veteran has two top fives (second at Atlanta and third at Texas) and four top 10s. His average finish through five races is a 9.0.

Grant Enfinger: Sitting second in the NASCAR Gander Outdoors Truck Series standings, Grant Enfinger is a mere six points back from the series championship standings lead. Enfinger’s 2019 season has seen three top fives, four top 10s and an average finish of 5.4. Heading to Dover, the Alabama native has had mixed results on the concrete track. In two starts at Dover he has posted a best finish of third in 2017; and finished 14th in last season’s event.

Rain forced the NASCAR Gander RV & Outdoors Truck Series race at Pocono to be postponed until Sunday. When the...
nascar topstory

NASCAR fans are in line for a triple header on Sunday if the weather cooperates. After rain forced the cancellation...
NASCAR Truck Series

Kyle Busch put another hurting on the field in the NASCAR Gander RV & Outdoors Truck Series claiming the...