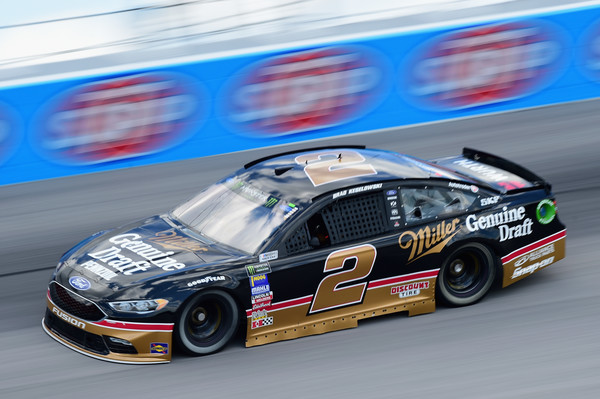 Brad Keselowski won Sunday’s throwback race at Darlington Raceway. The Bojangles’ Southern 500 run on Labor Day weekend has become a reminder to some of the memorable schemes run in NASCAR.

Denny Hamlin, who won this race in 2017, began the night on the pole but battles between Kyle Larson and Austin Dillon highlighted the first segment. As the first segment came to an end Larson received some minor damage to the left front of his car as he attempted to lap Dillon’s No. 3 throwback to Dale Earnhardt.

While Kevin Harvick and Martin Truex would both rise up in the running order the second segment again went to Larson. Meanwhile fuel pump issues would force Jimmie Johnson behind the wall ending his night and relegating the seven time series champ to a 39th place finish.

Erik Jones would work his way up to second in the third segment but even as he cut into Larson’s lead in the third segment the No. 42 car which was sporting a throwback to Davey Allison remained the class of the field. Contact between Clint Bowyer and Ryan Newman when the latter was trying to enter pit road would result in a caution with just over 50 laps to go. In the end Brad Keselowski was able to seemingly steal a win at Darlington as teammate Joey Logano finished second.

The win is Keselowski’s first of 2018. He won Saturday’s Xfinity Series event.