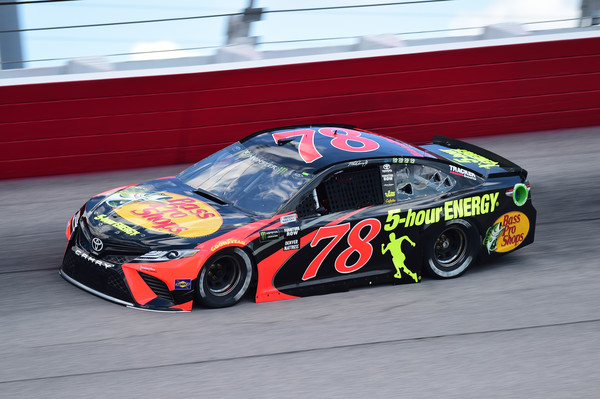 Truex has won 16 races since 2016 including four this year but sponsorship dollars have been hard to come by for the Denver based team.

A 14 race hole was created when 5-Hour Energy opted not to renew its sponsorship for 2019 but the announcement today comes as a surprise as team owner Barney Visser said just a month ago that not racing in 2019 wasn’t an option.

“This is not good for anybody,” Visser said in a statement. “The numbers just don’t add up. I would have to borrow money to continue as a competitive team and I’m not going to do that. This was obviously a painful decision to arrive at knowing how it will affect a number of quality and talented people.

“We’ve been aggressively seeking sponsorship to replace 5-hour Energy and to offset the rising costs of continuing a team alliance with Joe Gibbs Racing but haven’t had any success. I feel that it’s only proper to make the decision at this time to allow all team members to start seeking employment for next year.”

Truex was not surprised by the news today.

“While I am saddened by today’s announcement, I totally understand the decision,” Truex said in a statement. “Barney Visser, [general manager] Joe Garone and the entire Furniture Row Racing team took me in while my career was in a bad place, and together we reached the pinnacle of the sport. I will forever be grateful to each and every one of them, and also to Furniture Row, Denver Mattress and the Visser family.”

“But make no mistake this is not the immediate end. We still have unfinished business to attend to and that’s to give everything we have to successfully defend our Monster Energy NASCAR Cup Series championship. Right now that is foremost on my mind as it is with the entire team.”

Truex Jr. will need a ride for the 2019 season and signs thus far have pointed to Joe Gibbs Racing (JGR), who has provided assistance to FRR. If Truex were to join JGR it would likely come at the expense of Daniel Suarez.