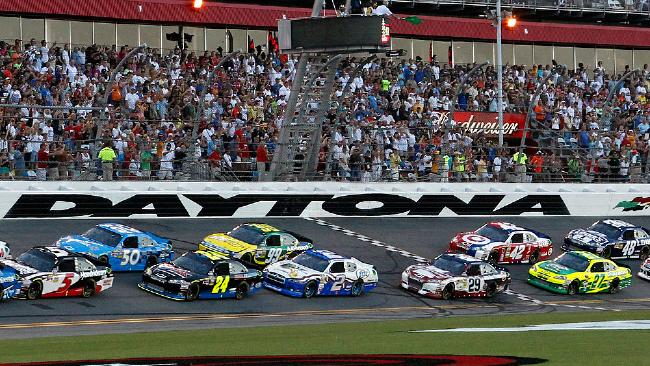 The NASCAR Sprint Unlimited has a green flag start time of 8:29p.m EST. 19 NASCAR drivers will be in the race. Kevin Harvick was quickest during first practice but it was Denny Hamlin who was fastest in final practice on Friday night.

Drivers did not escape the night unscathed, as a bad move by Matt Kenseth nine laps in caused a total of five cars to wreck, three cars are in back up cars for tonight’s shoot out. Two of the cars were able to be repaired.

The race line up is not set, as fans in attendance at the track can still vote for how the drivers start the race. Race fans will have three options to determine the order that the drivers will line up. Fans can vote for them to lineup by number of career wins (most to least), their 2012 NASCAR Sprint Cup final driver point standings, or the order of when they earned their pole position in 2012.

Tickets are still available for tonight’s race at the tracks official site. The race will be broadcast on FOX.

The race consists of 75 total laps divided up in three segments. Fans voted and the length of each segment will be set at 30 laps, 25 laps and 20 laps.