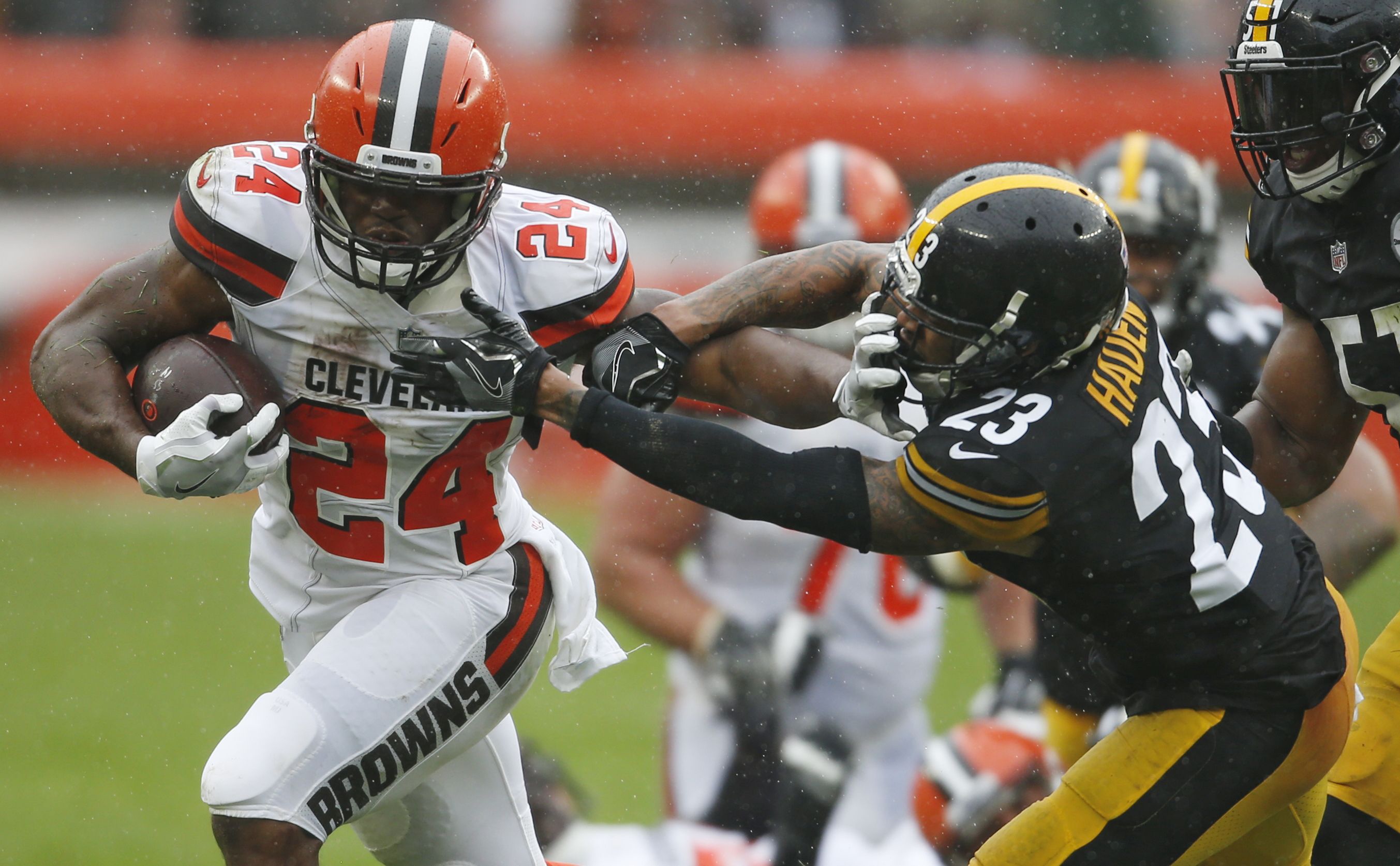 The Steelers are back in playoff contention at 5-4 while the 3-6 Browns are one of the NFL’s biggest disappointments this season.

The Steelers enter this game a setting 21.4 pints per game looking to take advantage of a Browns team who has allowed 24.6 to go with 370.6 yards per game. The Browns have scored just 19 points per game and will be tasked at topping a Steelers defense which has allowed 20.1.

Nick Chubb has been the Browns ball mover on offense totaling 919 yards and six touchdowns but the focus will remain on quarterback Baker Mayfield who has struggled mightily in his second NFL season.

Presses into action with third third string quarterback the Steelers have climbed back into playoff contention and will be looking to remain in the drivers seat ahead of a Colts team they have already beaten and a Raiders team they have a better in conference record against.

Coverage of the game between the Steelers and Browns will air on FOX at 8:20 pm ET.