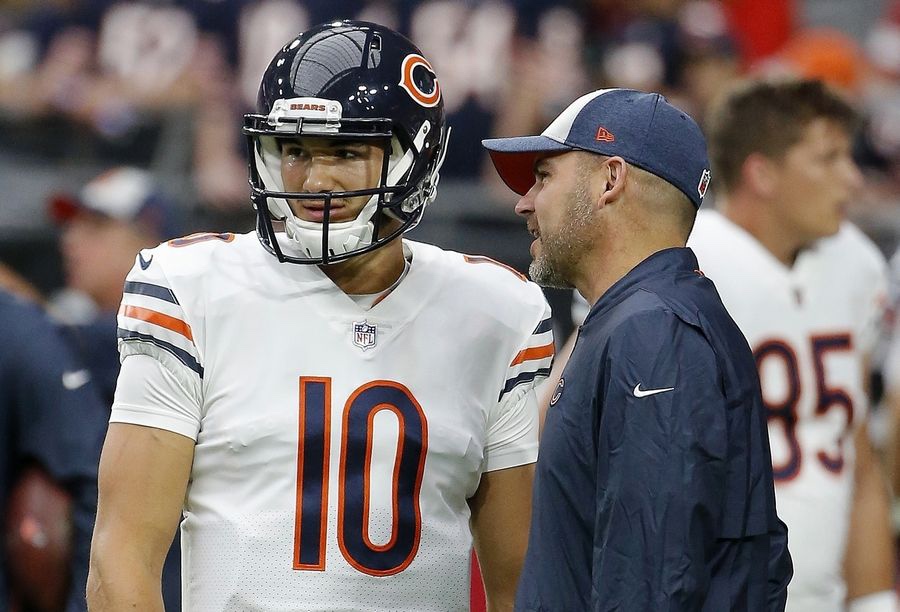 Down by 10 with time fading away in the fourth quarter the Bears pulled Mitch Trusbisky from Sunday’s game against the Rams.

Chase Daniel entered the game and offered nothing as the clock ticked down under two minutes remaining and a fourth down play which saw a pass sail well over the head of its intended receiver.

In the game Trubisky was 24 of 43 for 189 yards, a touchdown and an interception.

The loss drops the Beats to 4-6 with Trubisky’s future in Chicago even murkier.

Patrick Mahoney and Deshawn Watson we’re both drafted in the same draft as Trubisky who was taken second overall. After a stellar second season Trubisky has been the subject of ire among Bears fans as the team looks nothing like the 12-4 team from a year ago.