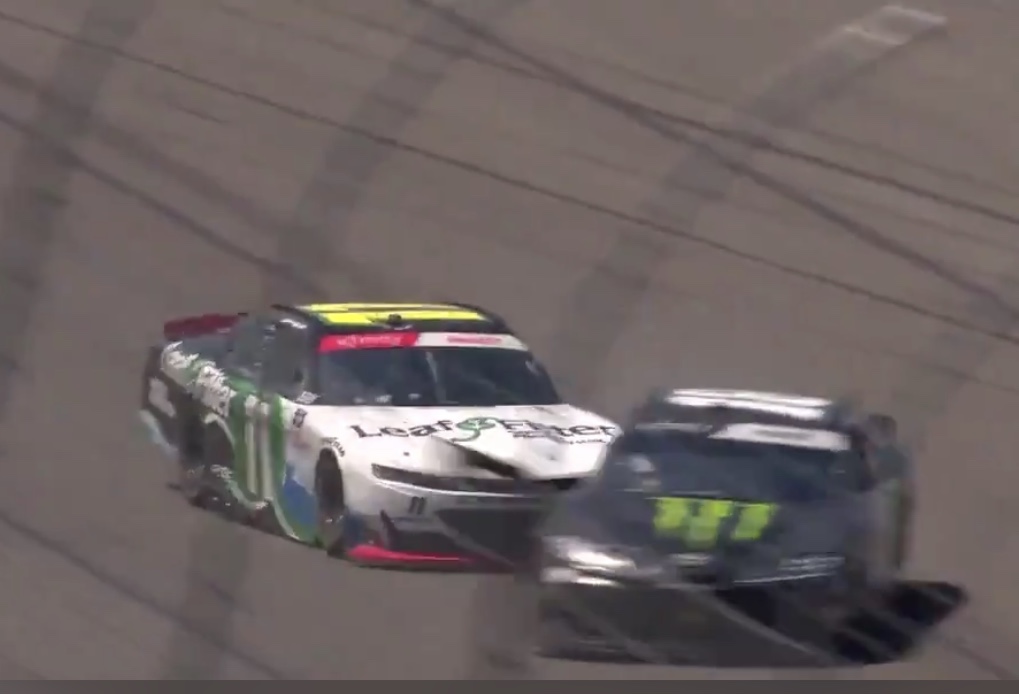 Justin Haley did not appreciate the way he was races by the No. 18 of Riley Herbst and when given the chance opted to spin the driver of the Monster Energy Toyota.

The aggressive driving by Haley earned him a two lap penalty and an invitation by NASCAR to speak to them following the conclusion of Sunday’s Xfinity Series race at Pocono.