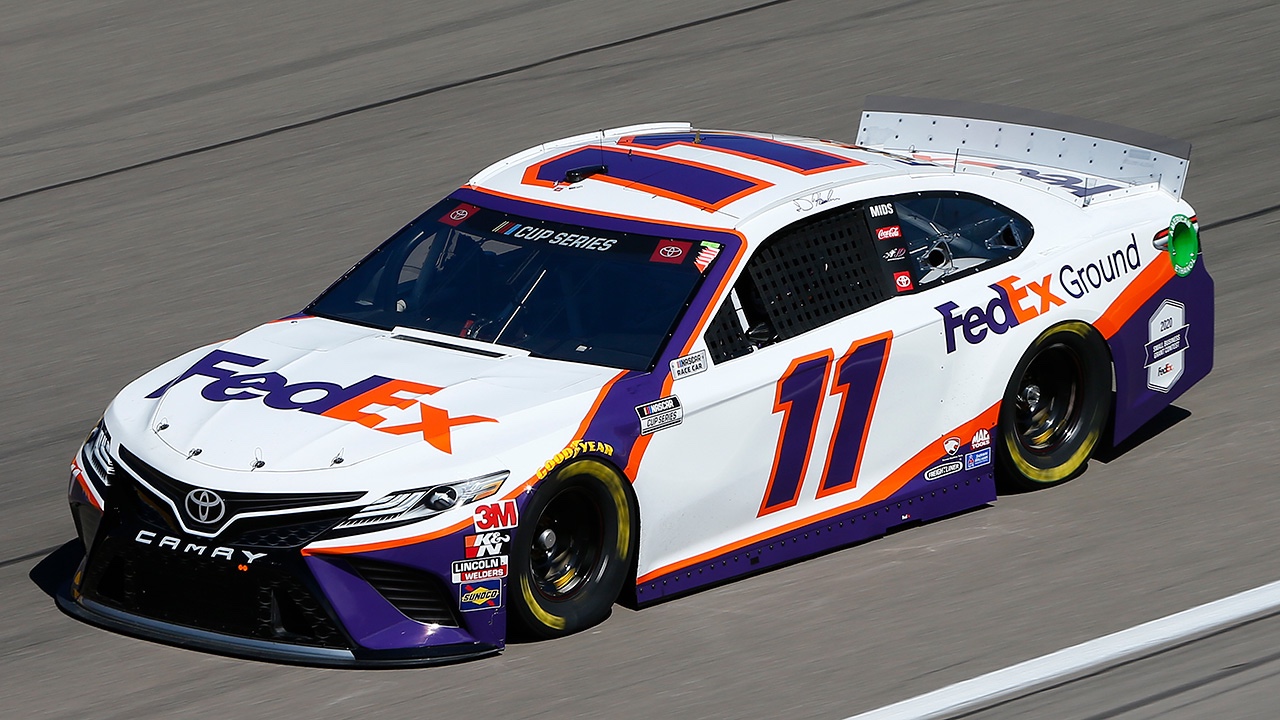 Denny Hamlin won Sunday’s running of the Pocono 350 at Pocono Raceway for his sixth career win at the Tricky Triangle, a remarkable result, but still far from Richard Parry’s 200 legendary NASCAR wins.

Ryan Preece was began the race on the pole after the top 20 of the field was inverted from Saturday’s race won by Kevin Harvick but he would go to the back due to an engine change.

After opening ceremonies and some pace laps, lightning in the area would force a 30 minute delay before the race got underway. It would only be four laps until the first caution came out for rain on the front stretch.

As Kurt Busch led out front, the second caution came out on lap 15 after Michael McDowell went around due to a right rear tire going down. Busch would claim the win in stage one ahead of Ryan Blaney.

While some cars pitted, other like Busch and Blaney opted to stay up front for track position. Blaney would take the lead from Busch when stage two started. On lap 39 the caution came out for Christopher Bell who made contact with the wall. Chris Buescher would bring out the next caution after spinning and hitting his rear on the wall.

By midway though the second stage questions began to arise as to whether or not the event would run all 140 scheduled laps. Blaney would make his first pit stop on lap 58 turning the lead over to Kyle Busch and then Denny Hamlin. With 10 laps to go in the second stage the day of Kyle Busch would end after contact from Blaney. It would take just a few turns before Ryan Preece went around following the restart with Bubba Wallace narrowly missing his spinning car. Brad Keselowski would end stage two in the lead.

Difference in pit strategy would come into play with Harvick opting to pit earlier than Hamlin who would stretch his lead out. Hamlin was able to pit and remain ahead of Harvick. It both found themselves behind Martin Truex Jr. who had yet to pit as the sun was setting. With 16 to go Truex would pit giving Hamlin back the lead.

With a tad more than a 2-second lead Hamlin worked on clicking off laps.