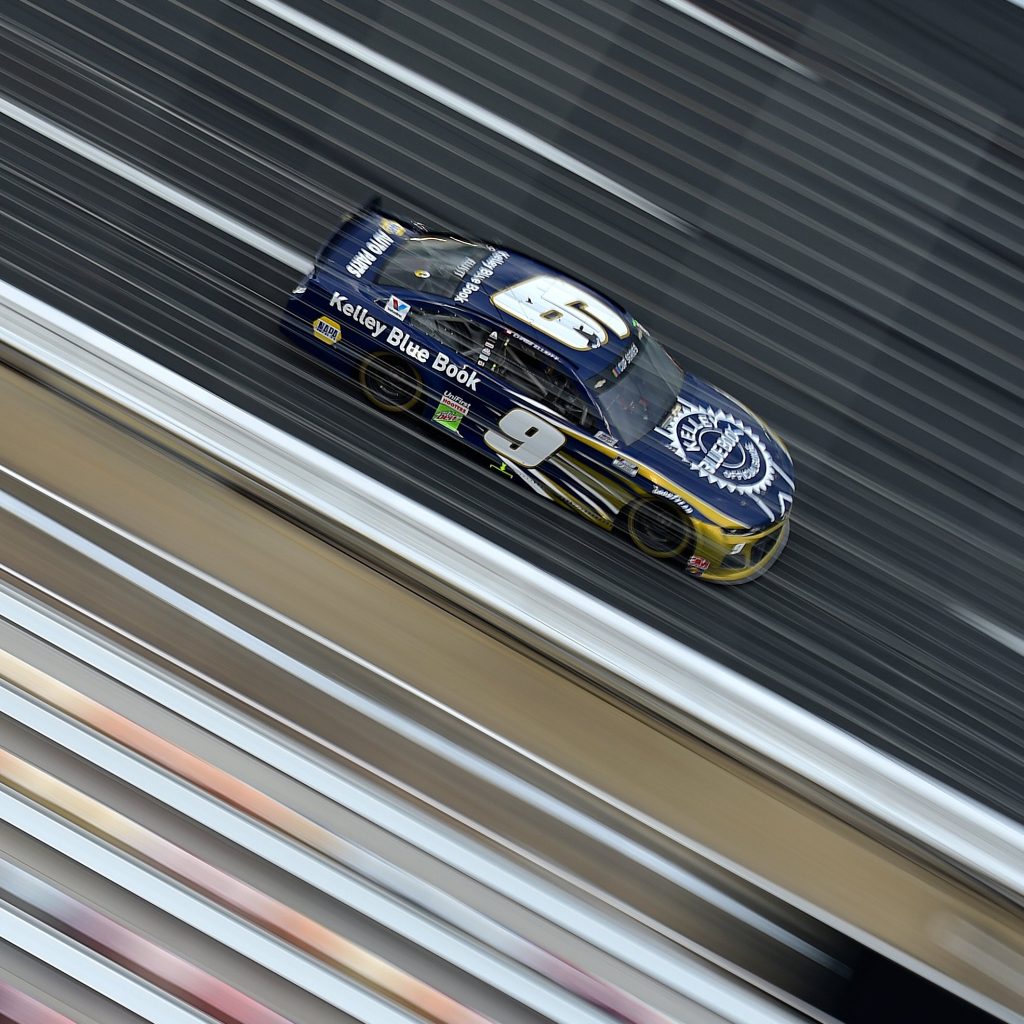 Rain may have prevented the NASCAR Cup Series from taking the green flag on Wednesday at Charlotte but 40 drivers and teams would not be deterred with a rescheduled race on Thursday night under the lights.

The Alsco Uniforms 500 was roughly half the distance of the previous race at Charlotte which was the longest on the schedule at 600 miles and featured overtime. Due to the rule of inverting the top 20 finishers from the previous race Brad Keselowski started 20th while William Byron began on the pole following the disqualification of teammate Jimmie Johnson.

Matt DiBenedetto would get around Byron to lead the first lap but following a caution for an incident involving Joey Gase and Garrett Smithley, Byron would re-assume the lead and win the first stage. Unfortunately for the No. 24 car he would make contact with the No. 32 of Corey LaJoie damaging the right side door of his car during pit stops following a competition caution on lap 20. Joey Logano and several others would stay out to move up in the field.

On lap 29 Matt Kenseth would bring out a caution following a single car spin. Just before 8 pm ET the red flag came out due to rain.

Joey Logano would win the first stage when action resumed. Kyle Busch would lose two laps after making contact with another car and having to make a pit stop. Following a caution Kenseth was able to get back on the lead lap.

Kevin Harvick held the lead late into the third stage but the grip would go away on his car allowing Elliott to get around and claim his first win of the season.