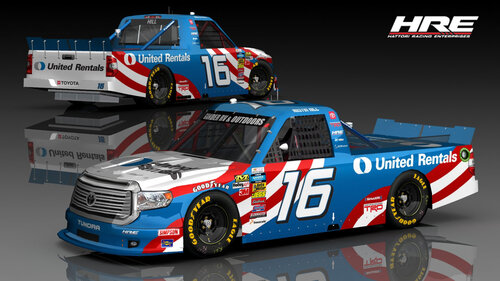 When the NASCAR Gander RV & Outdoors Truck Series season restarts at Charlotte Motor Speedway (CMS) on May 26th, series points leader Austin Hill will debut a commemorative paint scheme on the No. 16 United Rentals Toyota Tundra. The familiar blue and white colors will switch to a patriotic, American flag-themed scheme as Hill and his partners at United Rentals salute current and former members of the Armed Forces.

United Rentals has been a longtime supporter of military veterans and is nationally recognized by ranking seventh on the G.I. Jobs list of the Top 100 military friendly employers. More than 9% of United Rentals’ workforce are veterans or active duty reservists. In addition, the company actively supports several organizations that provide services and support for veterans. Hill’s new look on the No. 16 Toyota Tundra for next week’s Memorial Day week event at CMS is a signal of gratitude and appreciation for the service and sacrifices made by those who have served and continue to serve.

“It’s going to be a great feeling when we get back to business at the track, and to have this paint scheme honoring the veteran employees at United Rentals and everyone who has served in the military will make it extra special,” Hill said. “We’ve been fortunate to have a close relationship with United Rentals for a while and this is a small way that we can say ‘thank you’ to those folks who sacrificed and served our country.”

The Winston, GA native is one of only three drivers who have scored top-10 finishes in both Gander Trucks events this season and holds a nine-point advantage in the championship standings. Hill looks to improve on his season-best finish of third at Las Vegas Motor Speedway in the United Rentals Toyota Tundra and break through for his first victory at CMS to lock himself in the playoffs.

“We’ve been really strong on the mile-and-a-half’s, so Charlotte is going to be a great opportunity for us,” Hill said. “There are a lot of people who have been waiting a long time to see us back on track, and we’re going to do it as safe as we possibly can. This truck looks awesome in the shop and I can’t wait to see it on the racetrack. It’d be great to park it in victory lane and give all the veterans and United Rentals employees something big to cheer about next week.” 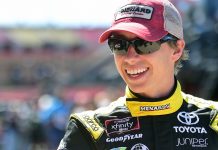 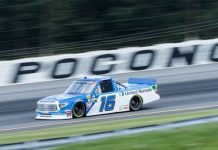 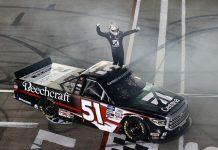