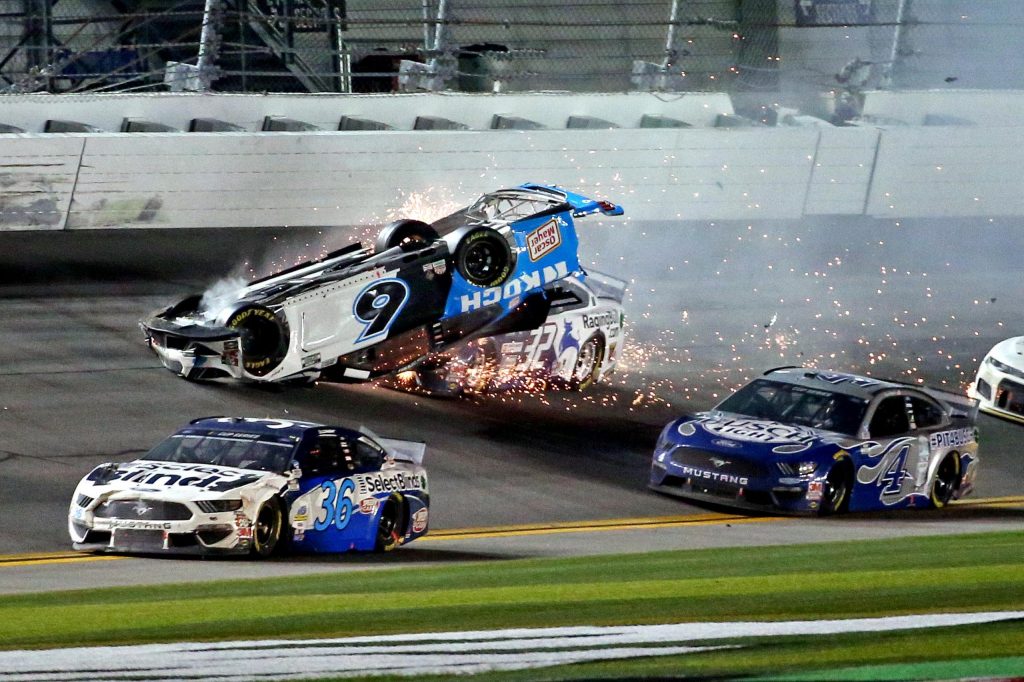 Coming to the checkered flag in the 62nd running of the Daytona 500, Ryan Newman was spun off the bumper of Ryan Newman and collided with the outside wall. As his No. 6 Ford Mustang came down the track it was hit full speed by Corey LaJoie and sent again into the air.

Here is the final lap of the Daytona 500 in which Ryan Newman’s car was flipped at the line.

We will continue to keep you updated on his status as we learn more. pic.twitter.com/qkEwQBpoP0

A stretcher was brought out to remove Newman from his mangled car while sheets where used to block media and fans from seeing. Newman arrived at Halifax Heath hospital just before 8:30 pm ET.

During his career Newman has 18 wins, 115 top-five and 262 top-ten finishes to go with 51 career poles. Newman’s best finish in the Cup Series point standings was second in 2014. In 2008 with help from then Penske Racing teammate Kurt Busch, Newman was able to capture the Harley J. Earl trophy by winning the Daytona 500.