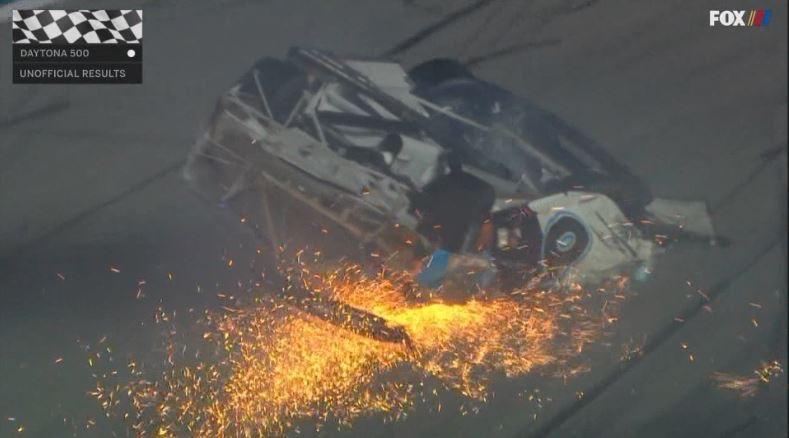 Coming to the checkered flag at Daytona International Speedway, the No. 6 car of Ryan Newman was involved in a horrid crash.

With Ryan Blaney behind him, Newman got turned hit the wall and was hit full speed by Corey LaJoie.

Here is another view of Newman’s crash.

This is so difficult to watch.. Hoping for a miracle for Ryan Newman. pic.twitter.com/czpfB8b1gX

Newman’s car was set up right and the driver is scheduled to be taken to an area hospital.

A stretcher is next to Newman’s car. Crews are using black screens to keep fans from seeing. And media has just been told to leave the pits. #DAYTONA500 pic.twitter.com/OFFIpTWcoz