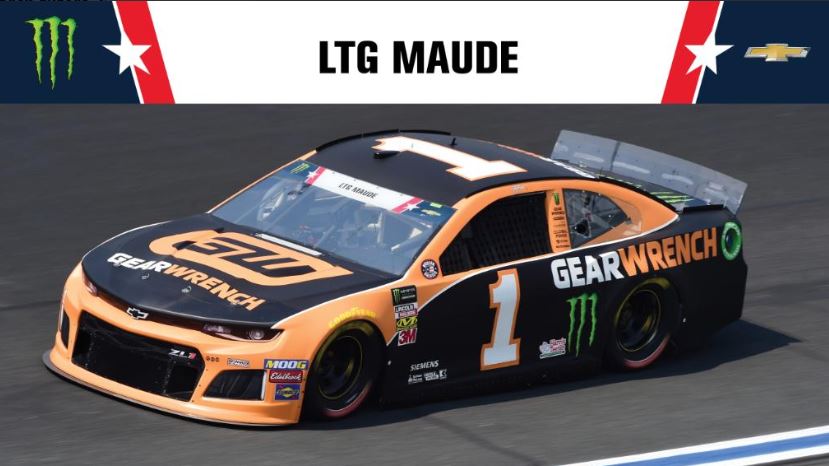 U.S. Army Lt. General Timothy J. Maude’s name will be carried on the No. 1 GearWrench Chevrolet Camaro of Kurt Busch this weekend for the Coca-Cola 600.

The GearWrench scheme is black and light orange. Monster Energy, an associate sponsor for this race, will have their logo featured directly in front of the rear tires.

.@KurtBusch will carry the name of Lieutenant Timothy Maude, who served in the @USArmy. #NASCARSalutes | #CocaCola600 pic.twitter.com/O7nnvFM7SB

Lt. General Maude served in the U.S. Army and died in the September 11, 2001 attack at the Pentagon.