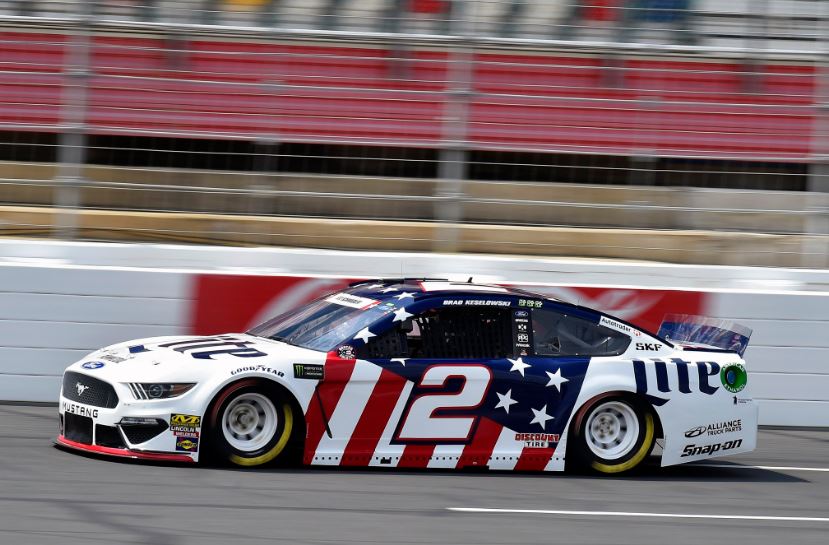 Brad Keselowski has made a tradition out of unfirling the American flag after winning races. On Sunday at Charlotte Motor Speedway the driver of the No. 2 Miller Lite Ford Mustang will have a different flag.

Keselowski’s Miller Lite Ford will be painted in the color and design of the flag for the Coca-Cola 600.

RT if you like these colors! #NASCAR | #CocaCola600 pic.twitter.com/anZT9NltjA

It is a great time for Keselowski as on Thursday it was annouced that the driver and wife Paige are expecting their second child after the conclusion of the 2019 Monster Energy NASCAR Cup Series season. 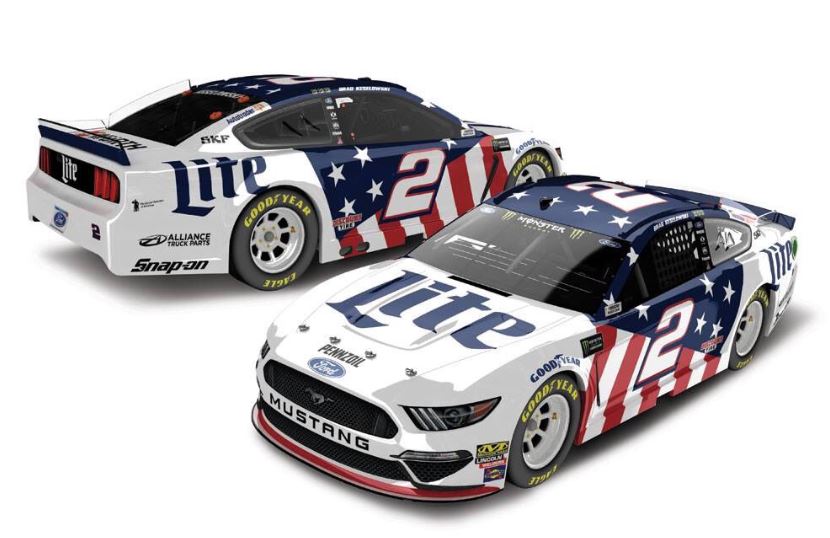 The red, white and blue flag design on the Miller Lite car is nothing new. Similar schemes have been driven in past Coca-Cola 600’s by Keselowski.