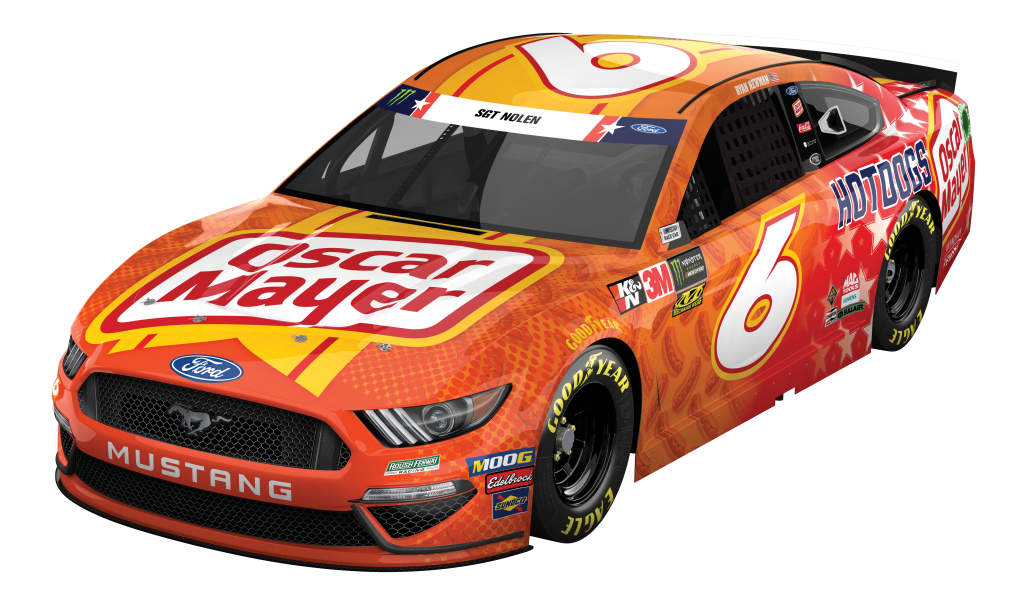 The No. 6 Ford Mustang that Ryan Newman gets a bit of a switch up for the Coca-Cola 600.

Oscar Mayer, who has been sponsoring Newman thoughout the season, changes up their paint scheme a bit this week sprinkling in some red, white and blue.

Hotdogs is the featured product of Oscar Mayer for the Coca-Cola 600 which is fitting since thousands will be grilled up this Memorial Day weekend.

“The Coca-Cola 600 is easily one of the more iconic races of our season. No other sport in the world recognizes and remembers our fallen heroes like NASCAR does, and we’re once again honored to be a part of NASCAR Salutes. Being a member of the Coca-Cola racing family puts an extra emphasis on this race for me personally and I’m honored to continue their tradition in our backyard this weekend. We’re looking forward to hitting the track in our Oscar Mayer Ford Mustang and see what the weekend holds.”

Sgt. James Nolen’s name will be placed on Newman’s windshield. Nolen served in the US Amry but was killed in Afghanistan on November 22, 2009 as a result of an improvised explosive device.