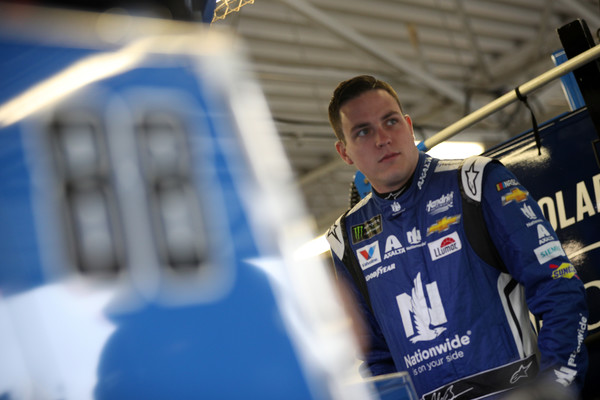 Alex Bowman and the rest of Hendrick Motorsports has not gotten off to the start they have hoped.

Bowman is looking to the short track of Martinsville Speedway this weekend as getting his 2019 season back on track.

Though five races thus far Bowman has a best finish of 11th which came at both Daytona and Las Vegas. He finished 21st a week ago at Auto Club Speedway. A year ago Bowman had a similar start to the season but pulled though for a seventh place finish which has him eyeing the paperclip shared track.

“I like Martinsville a lot,” Bowman said. “We ran really well there in the spring and had some struggles in the fall. I think we can go there and be really strong. That was kind of the first place where we really ran decent last year.”

“We have a lot of smart people and a lot of people working really hard to get our race cars better,” Bowman said. “I think we can get turned back around and pointed in the right direction.”