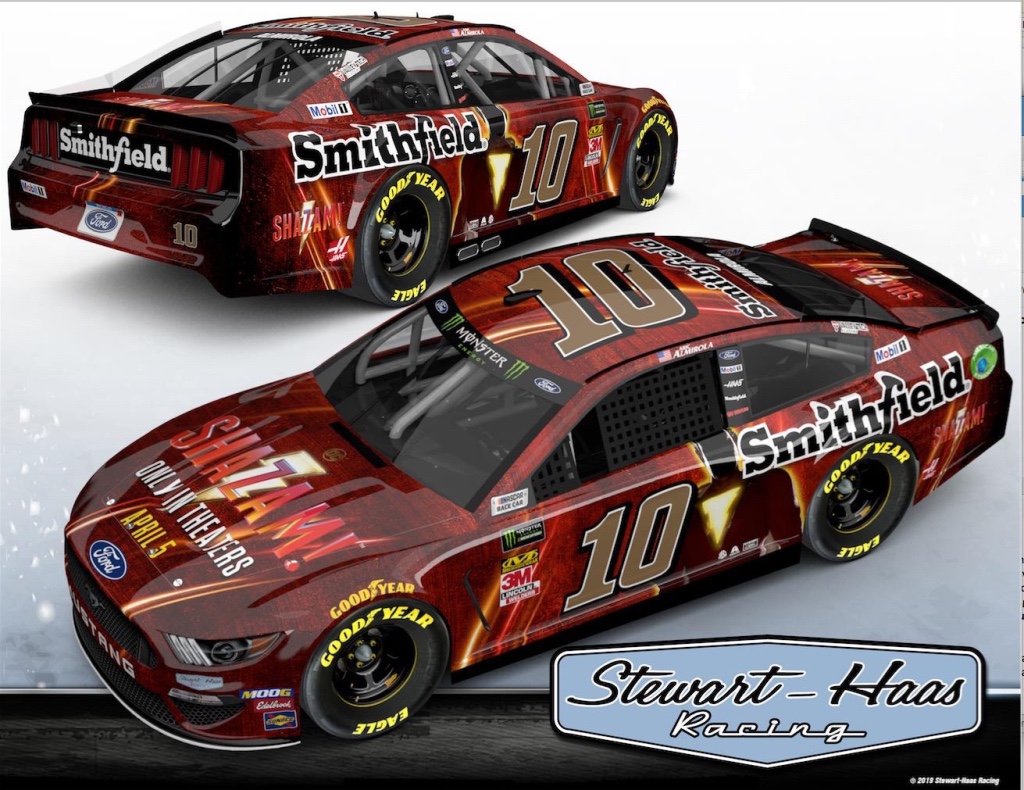 Aric Almirola is the latest NASCAR driver who will see their car decked out for a Hollywood movie.

Shazam! which hits theaters April 5 will appear on the No. 10 Ford Mustang driven by Almirola this weekend at Martinsville Speedway.

Are you confident in yourself and the team to bring the same consistency we’ve seen this year to a short track like Martinsville?

“The thing about Stewart-Haas Racing is that they can adapt and win anywhere and in anything. Clint (Bowyer) won there last year and had a great car in both races last year. I have full confidence in our 10 team and Stewart-Haas to bring fast Fords this weekend. We’ve been hitting on all eight cylinders all year and it’s almost our time.”

Who was your favorite superhero growing up and how cool is it to be one this weekend at Martinsville?

“Growing up, Batman was my superhero. Watching all of the different Batman movies growing up, the Batmobile is what really sold it for me. Being a lover of cars, the Batmobile was just an incredible machine. It’s pretty cool I get to dress up as a superhero and race at Martinsville this weekend.”