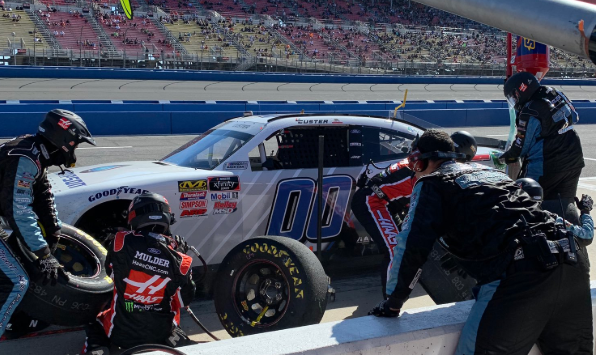 Kyle Busch began Saturdayfrom second position. By lap one he had passed pole sitter Tyler Reddick. Though Reddick would reclaim the lead briefly, the day quickly turned into another thrashing of the Xfinity Series by Busch who would go on to claim his 200th win across the top three series of NASCAR.

Busch would win the first two segments but after a caution for an incident on track. Busch would lose the lead on the ensuing pit stops and was forced to go to the end of the line for an uncontrolled tire. Busch would restart 13th with 33 to go. By 28 to go he was up to seventh. A caution for an incident involving Brandon Jones would bring everyone down pit road again. Busch would make it up to second but by then Custer was over a second ahead. Custer would extend that lead to over two seconds as the race narrowed down. The win is the third in the career of Custer.