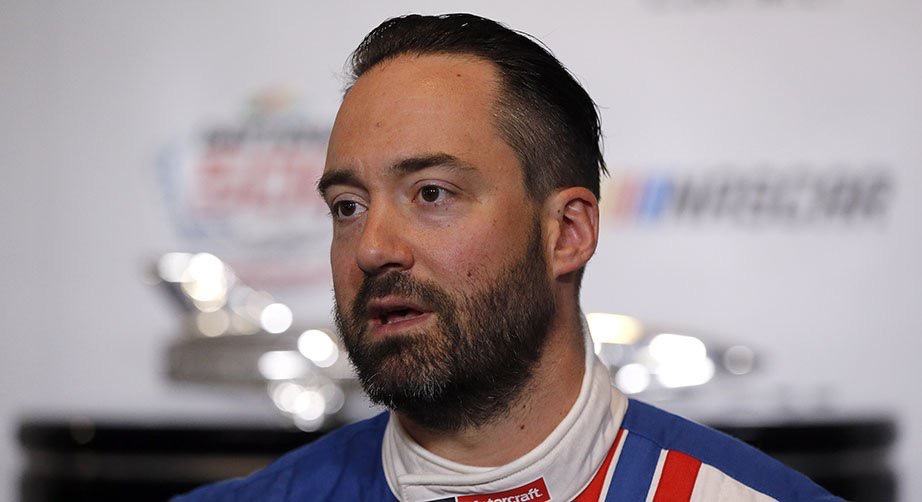 Now the former Brickyard winner is looking to “move on” from the end of the race that he led for 51 of 59 laps.

Of course the lap that mattered most was the last lap which came after Menard was contacted by the seven time Monster Energy NASCAR Cup Series champion. After Menard went around Johnson took the lead and the race was quickly called due to rain.

“It is what it is, right? I felt like I was holding a wheel as good as I could,” said Menard. “I thought up front would be a pretty safe place, too, but Jimmie did what he did to try to win. It was not intentional. Maybe I moved down a little bit, I don’t know if there was no room for error, and two cars collided. So that’s what it is. I spent the last two days at Disney World with my two little kids and had a good time.”

Menard and Johnson have spoken since the incident but the latter says little has changed even if he admits he could have handled the situation differently.

“I don’t know if there’s really anything different,” Johnson said. “I mean, it’s great to have that conversation and talk to him. He knew then and he knows again after today, our phone call, that it wasn’t intentional. Looking back, I could’ve given him a few more inches, that way when he came down, there was a bit more margin for error between us. There’s always lessons to learn going back and looking at the tape and talking to someone about those things, but I think where he and I stand, I’m sure he wasn’t happy after the race, but he knew it wasn’t intentional, and it was more of racing thing than anything.”

Lastly for those holding out hope that Menard will one day join Twitter; the son of Menards founder John Menard says “it’s not going to happen.”