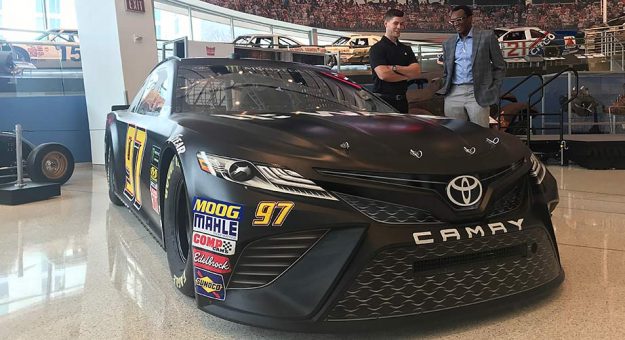 Obaika Racing, the first African-owned team in NASCAR, is planning to complete full-time in the Monster Energy NASCAR Cup Series in 2019 with driver Tanner Berryhill in the No. 97 Toyota Camry.

WANE Sports is sponsoring the No. 97 car for the season opening Daytona 500 on Feb. 17 while the 25-year-old Berryhill kicks off what is planned to be a full season run at Sunoco Rookie of the Year honors. VroomBrands will also continue its partnership with Obaika with WANE Sports moving to an associate sponsor role at some points of the season.

“I think the bigger picture here is about a younger audience that we represent, largely on social,” said Greg Bobolo, senior vice president of strategy and partnerships at WAVE Sports. “We love to work with teams, groups like Victor, like Obaika Racing, with a progressive attitude and a mentality towards growing their brand.”

Last year Obaika Racing purchased some assets from the now shuttered BK Racing but Berryhill is not guaranteed a spot in the Daytona 500.

“The Daytona 500 is where every young race car driver wants to get to at some point in their career. Being able to attempt the Daytona 500 has been a dream of mine ever since I started racing,” Berryhill said. “I just have to do my best to stay focused on driving and that’s my job at the end of the day, to do the best I can behind the wheel and where we end up is where we end up.”

The Daytona 500 is a risk for the team. Since they are not locked into the race, they are not guaranteed any race winnings which have propelled smaller teams though the early westward part of NASCAR’s schedule.

Obaika Racing has competed in 78 Xfinity Series races and three Monster Energy Series races. Dan Stillman has served as crew chief in 61 Cup races and will be atop the pit box for Berryhill and the No. 97 in 2019. Plans for the team may not be limited to the Cup Series.

“In a perfect world, I want to run everything,” Obaika said. “We do have Xfinity plans and we actually have a few other plans that are the lower series, like possibly doing a couple ARCA races, maybe some K&N races.

“The exciting part for me, particularly in 2015, was to give drivers opportunities.”