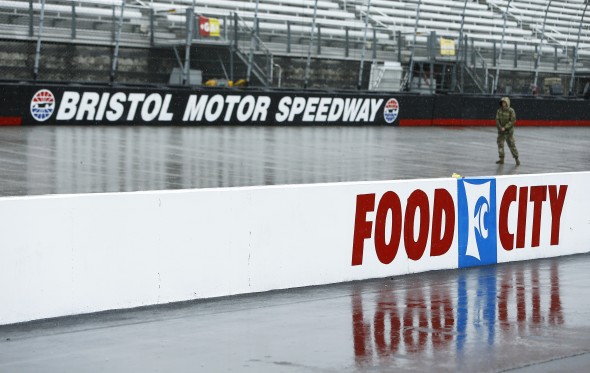 With the threat of rain later in the evening, NASCAR has opted to change the start time of both Friday night’s Xfinity Series and Saturday’s Cup Series events.

Saturday’s Monster Energy NASCAR Cup Series race at Bristol Motor Speedway has been changed to 6:30 pm ET on NBCSN and the NBC Sports App. PRN and Sirius XM NASCAR Radio will carry it on the radio waves.

In addition, Friday night’s Xfinity Series event has also been moved up by 15 minutes. Coverage starts at 7 pm ET with the expected green flag at 7:15 pm ET.

Pre race ceremonies for Saturday have been moved up an hour. Saturday’s race under the lights is the 24th of 26 regular-season races in the Monster Energy Series.