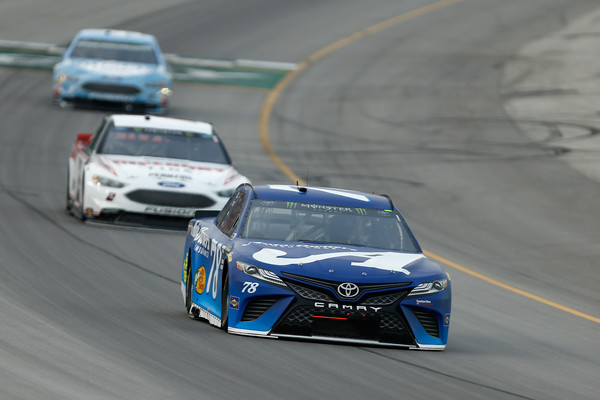 The driver of the No. 78 Toyota Camry was able to claim the win in the bluegrass state in the Quaker State 400 presented by Walmart beating out Ryan Blaney to the checkered flag.

Martin Truex Jr. began the night on the pole and claimed the first segment win of the night. Drivers Denny Hamlin and Kyle Larson, who missed driver intros, began the race from the back of the pack working their way up with the latter moving into the top ten by the end of the first segment.

Ricky Stenhouse Jr. who had been in the headlines due to being involved in multiple wrecks at Daytona saw his night go away early due to unscheduled pitstops. A speeding penalty to Brad Keselowski would force him to do a pass though penalty but it would not take long before he was back to the front of the field.

By the time the third segment was midway though all the familiar names ha risen to the top with Truex, Keselowski, Harvick and the Busch brothers being joined by the aforementioned Larson, Joey Logano and Ryan Blaney.