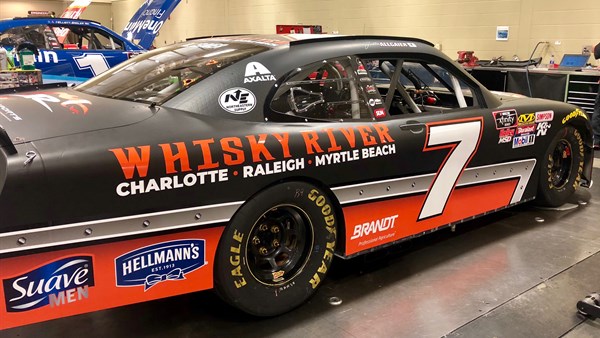 The No. 7 Chevrolet Camaro driven by Justin Allgaier will have the colors of team owner Dale Earnhardt Jr’s chain restaurant Whisky River when it takes to the 1.5-mile Kentucky Speedway this weekend.

“I’m excited,” said Allgaier of the car. “What Dale has grown Whisky River into is incredible. To be able to represent that and to see the growth of it and where it’s headed is pretty awesome. Kentucky is a great race track to have Whisky River on the car and hopefully we can do our job and take Whisky River to Victory Lane.”

The car will be decked out in black, red and white and lists the locations of the chain Charlotte, Raleigh and Myrtle Beach.

Whisky River is expected to announce additional airport locations in the coming months.