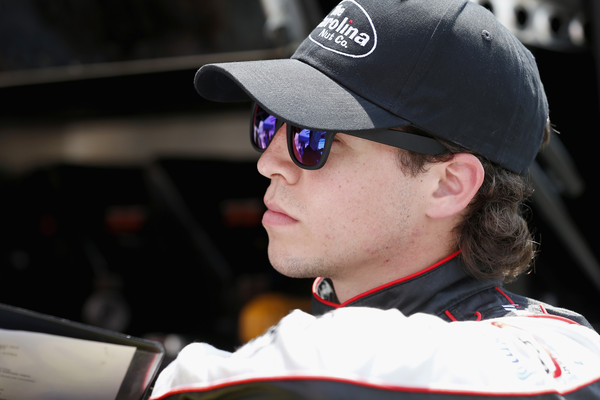 Jesse Little, a NASCAR Next alum, will make his Monster Energy NASCAR Cup Series debut this weekend at Kentucky Speedway driving the No. 7 Chevrolet Camaro of Premium Motorsports in the Quaker State 400 presented by Walmart.

Little will be driving for a team which finished a season-high 11th a week ago at Daytona International Speedway with Jeffrey Earnhardt.

Thus far this is a one race deal for Little who is the son of former Cup Series driver Chad Little.

“There’s no expectations for Saturday night’s race other than to take the green flag and see the checkered flag. I would like to thank Jay Robinson for giving me the opportunity to gain valuable experience behind the wheel.”

Little has four top-10 finishes, including a career best sixth place run at Iowa while driving for his family owned JJL Motorsports team in the NASCAR Camping World Truck Series across five starts.

“We’ve embraced 2018 with a good work ethic and a never-give up attitude and it has paid off for us so far,” added Little. “We’ve been very fortunate to have the support of Wings Over North Georgia Air Show and Rustic Rub Co. and look forward to building on those relationships as the year presses on.

“As for Kentucky, it’s an opportunity for me to gain experience and seat time in the Cup Series and I’m looking forward to driving for Premium and working with crew chief Todd Parrott.”