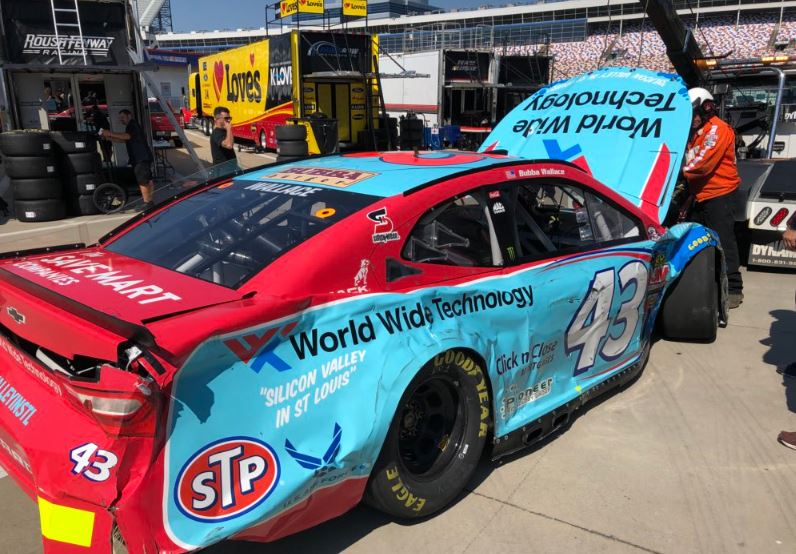 Bubba Wallace destroyed his No. 43 STP Chevrolet Camaro in the early hours of a testing session for the Charlotte Motor Speedway Roval.

Wallace can be seen over-driving his car into a turn and crashing. The damage to his car was significant and since his team did not bring a back up car, ended his day.

Wallace was declared ok after the crash.

.@BubbaWallace is OK after a hit in Turn 1 at the roval. Our test will end early today. pic.twitter.com/b8NBR9y248

Testing will continue until 6 pm today with another session scheduled for July 17.