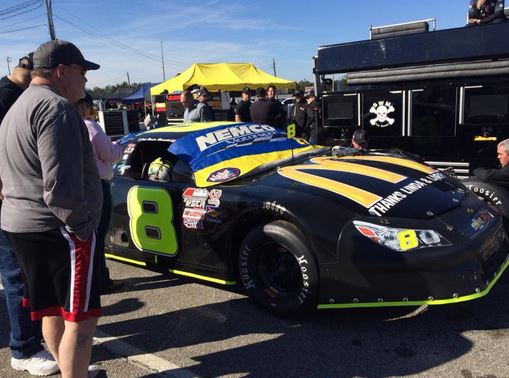 Nemechek beat out Dalton Sargeant and Derek Thorn to the checkered flag.

Hunter Robbins and girlfriend Johanna Long, the 2010 winner, began the day on the front row for the 300 mile race.

Former event winners Chase Elliott and Erik Jones both suffered overheating issues coming to pit road after a collision on a restart at lap 220. Elliott’s day would end.

On lap 286 John Hunter Nemechek would get around Robbins for the race lead. Johanna Long and Preston Peltier would spin with less then 10 to go to bring out the caution. Augie Grill and Erik Jones would move to the front of the field after they stayed out late while the rest of the field pitted. However both Grill and Jones would spin after the restart.

In the end it was Nemechek’s race to win.