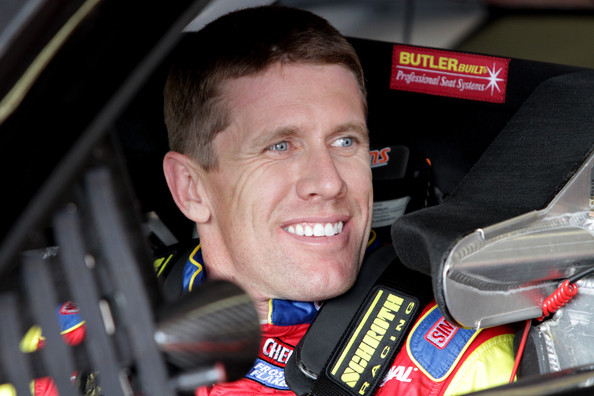 JGR also announced the signing of Daniel Suarez to race in the Nationwide Series.

Joining Edwards’ No. 19 car as a sponsor will be ARRIS, a communication technology company that will first appear on the car at the Daytona 500. ARRIS will appear on Edwards car for 19 races during the 2015 season.

ARRIS also sponsor Suarez starting during the 2015 NASCAR Nationwide Series season as well as a part-time schedule in the Camping World Truck Series.

Joe Gibbs Racing last added a team in 2006 with the addition of Denny Hamlin. Edwards will join current drivers Hamlin, Kyle Busch and Matt Kenseth as JGR drivers in the Cup Series.

In 23 starts this season Edwards has scored two wins and nine finishes inside the top ten. He currently ranks ninth in the Sprint Cup Series points.

Edwards’ 23 career wins at Roush Fenway Racing are third all-time for the organisation trailing only Mark Martin and Kenseth.

Team owner Joe Gibbs said that a future announcement would be coming in regards to sponsorship for the rest of the 2015 season for Edwards adding that almost all sponsorship had been acquired. Gibbs did not offer any comments on the futures of current drivers Elliott Sadler, Darrell Wallace or Sam Hornish Jr.