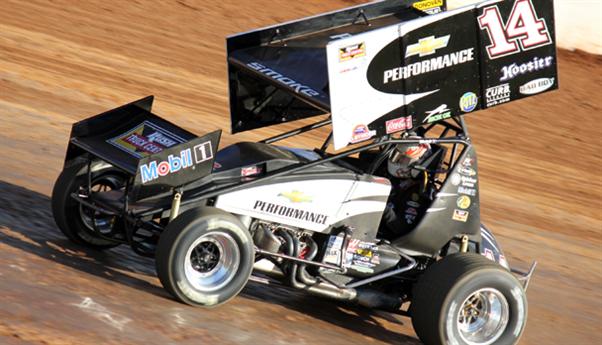 The accident at Canandaigua Motorsports Park that took the life of 20-year old Kevin Ward Jr. will take “at least two more weeks” of investigation according to the Ontario County Sheriff, who released the following statement on Tuesday afternoon.

“The investigation into the death of Kevin Ward, Jr., of Lewis County, N.Y., is ongoing and is expected to continue for at least another two weeks or more. Investigators continue to seek witnesses, gather evidence, and develop the racetrack crash reconstruction. However, it would be inappropriate to discuss details or findings of the investigation with the media at this time. I would like to thank everyone for their cooperation as the Ontario County Office of Sheriff continues this investigation and for having patience as we conduct a thorough review of all of the relevant facts involving this tragic accident. When the investigation is completed, we will meet with members of the Ontario County District Attorney’s Office and discuss with them all aspects of the investigation into the crash that occurred on August 9, 2014 at the Canandaigua Speedway. At that time, more information relating to any determinations that have been made may be released. In closing, on behalf of the Ontario County Office of Sheriff, our thoughts and prayers continue to be with the family of Kevin Ward, Jr.”

According to criminal law professor Corey Rayburn Yung of the Kansas University School of Law, Stewart could be charged with second-degree manslaughter under New York law if prosecutors believe he “recklessly caused the death of another person,” with negligent homicide another possibility.

If Stewart didn’t face a criminal suit, he could face a civil suit even though the standard of proof is lower than a criminal case. The civil court would consider Ward’s state of mind at the time of the accident and whether he was also negligent in venturing into racing traffic on a dark track in a dark suit. Stewart would also have to weigh the damage to his image and career – with his own team, tracks and millions in endorsements on the line.  A quick settlement would be likely in this case.

Another driver on the track that night said there was no way that Stewart could of avoided Ward, “From what I saw, Tony did everything in his power to turn down away from Kevin to avoid him,” said Cory Sparks via TimeWarnerNews.

Sparks was just a few cars behind Stewart during Saturday’s race. He said videos posted online are not giving an accurate description of what happened on Saturday night.

“People say that they heard the engine rev up and he gassed it. In a sprint car, the only way to steer is you steer with the rear wheels as much as you do the steering wheel. In my opinion, what he did was he gassed it to turn down away from him,” said Sparks

Ward Jr’s father spoke on Monday and put out the following statement via Syracuse.com, ““A situation happened and everybody has their own opinions,” Ward Sr. said.

“Some are way off, some without a clue and some are very hurtful. A 20-year-old talented driver was killed and that’s what we need to focus on … We’ve had a lot of messages sent. We are so thankful. If everybody could just pray for us, we’ll get through it.””

Stewart is currently listed on the Michigan International Speedway entry list for this Sunday. NASCAR said they have not heard from him in regards to not racing.