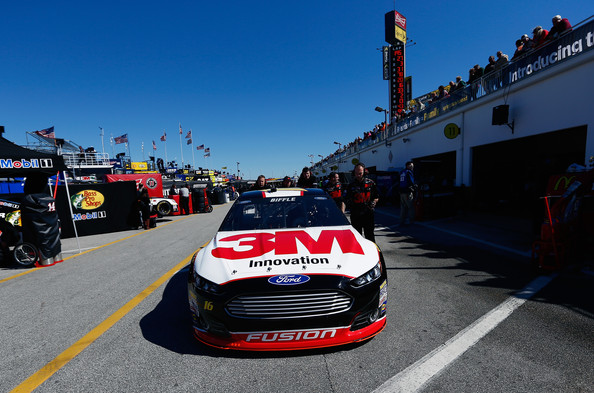 Jeff Gordon will acquire a new sponsor for the 2015 through 2017 seasons in 3M. Gordon’s new sponsor comes at the expense of competing NASCAR team, Roush Fenway Racing in which 3M has sponsored Greg Biffle since 2005.

RFR announced Biffle was re-signing with the team earlier this Summer, noting that there are sponsorship opportunities available. One thing we know is it won’t be Fastenal who currently sponsors Carl Edwards, as next season Fastenal will move to the No. 17 Ford of Ricky Stenhouse Jr.

Hendrick Motorsports announced on Tuesday that 3M would join Gordon acting as primary sponsor for 11 races starting in 2015. For the races that Axalta, or Drive to End Hunger act as primary sponsor of the No. 24 Chevrolet, 3M will serve as an associate sponsor. Just last week AARP Drive to End Hunger announced its three-year extension with Gordon.

“At 3M, we play to win, and we push hard every day to do just that,” said Jesse Singh, senior vice president, 3M Global Sales and Marketing. “With this deal, we align with champion driver Jeff Gordon and an organization at the top of its game in Hendrick Motorsports. What they do in the garage and on the track exemplifies what we’re all about in our labs, plants and business teams around the world.”

Gordon is a four-time Champion in the Cup series. He is currently second in points, he has two victories, one pole position, seven top-five finishes and 15 top-10s in 22 Sprint Cup races this season.

“Innovation is what 3M is known for,” Gordon said in a press release.

“We’ve seen that approach throughout their involvement in NASCAR, and it’s a terrific fit for what we do at Hendrick Motorsports and with the No. 24 team. I’m personally excited about the opportunities and thrilled to represent a company that’s so passionately supported auto racing for such a long time.”