Carl Edwards, Kyle Busch pay tribute to Dick Trickle by placing him on their cars 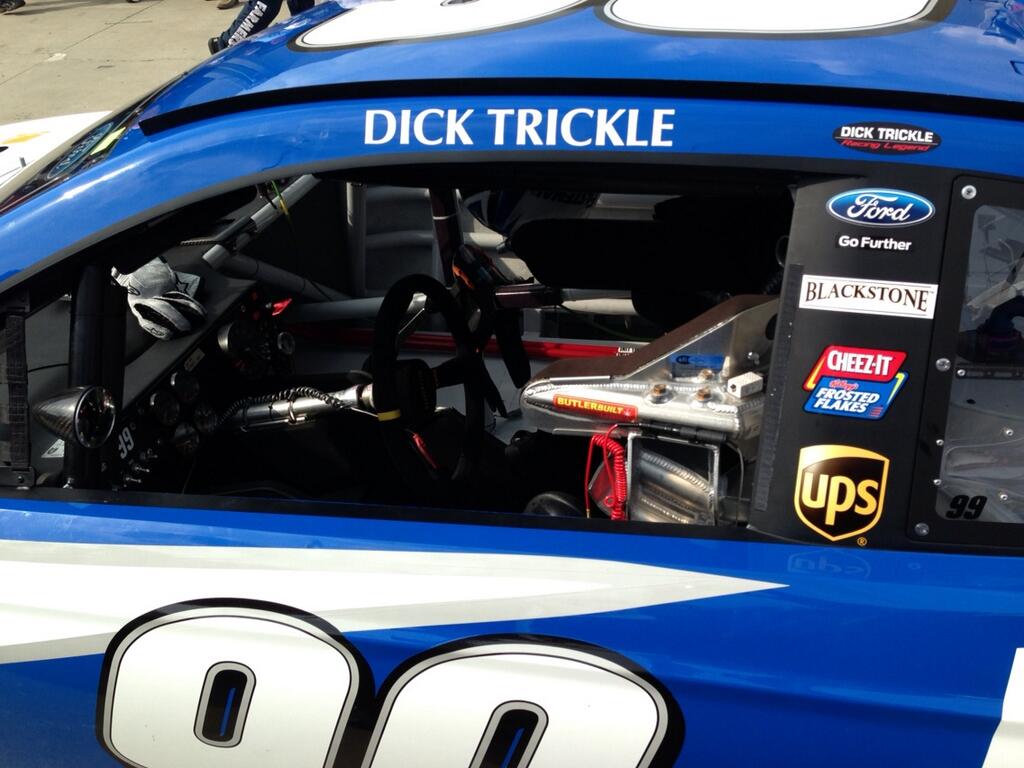 NASCAR driver Carl Edwards will honor former driver Dick Trickle in Saturday night’s All-Star race when the No. 99 Ford Fusion hits the track. Instead of Edwards’ name it will be that of Trickle who will be placed in the position above the window area of the door.

Trickle died on Thursday after taking his life at the age of 71. Trickle’s brother has told various news outlets that Dick had complained of chest pains.

All Star Lineup: Edwards on the pole

Dick Trickle never won a NASCAR Sprint Cup Series race during his 303 starts but won a thousand short track events across the Midwest. Edwards is from Columbia, Missouri.

It is also worth mentioning that Trickle’s first crew chief was Jimmy Fennig who is the current crew chief of Edwards.

Kyle Busch will have Tricke’s likeness on the side of his Snickers car for Saturday nights race.