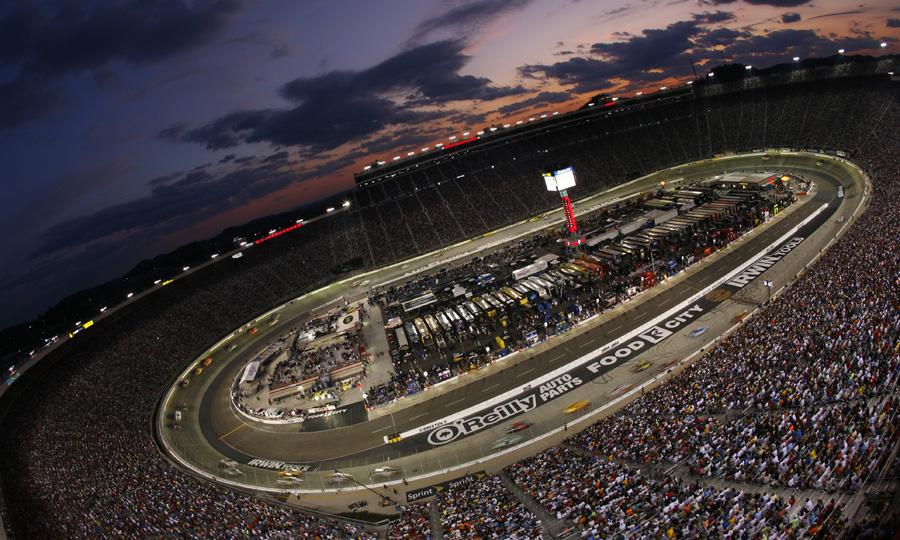 The Food City 500 will take place at Bristol Motor Speedway on Sunday. Kyle Busch is on pole after setting a new track record and will lead  afield of 43 cars to the  green flag in the fourth race of the NASCAR Sprint Cup Series season.

The race is 500 laps, 266.5 miles around the 0.533 mile track. SPC Mary Potts from the 129th Army Band of the Tennessee National Guard will sing the National anthem today. Musician Charlie Daniels will lead the crowd in saying the pledge of allegiance.

The race will be broadcast live on FOX , they will start airing their pre-race coverage at 12:30 p.m EST. University of Tennessee football coach Butch Jones will give the command to fire engines at 1:07 pm EST and the green flag will wave at 1:13 pm EST. PRN will have the race on radio.

Brad Keselowski won the spring race at Bristol in 2012. Prior to the fall race last year the top grove was ground up, Denny Hamlin would go on to win that event which featured a Tony Stewart helmet toss.

Starting Lineup for the Food City 500 at Bristol

The full qualifying results are  below:

Scott Riggs driver of the XXXtreme Motorsport No. 44 was the lone driver who failed to make the race.