Photos: NASCAR drivers to appear on The Cleveland Show 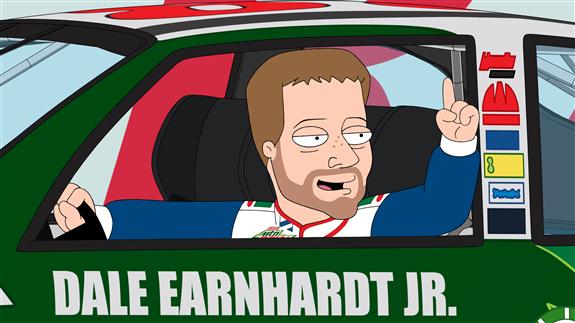 Three NASCAR Sprint Cup drivers will appear on this Sunday’s episode of The Cleveland Show. Here is a quick look at the episode according to NASCAR.

When Donna runs for the school board, she tries to keep an embarrassing Cleveland out of her campaign. But her efforts blow up in her face when Cleveland keeps her out all night drinking and she recruits NASCAR drivers (Kasey Kahne, Dale Earnhardt Jr. and Tony Stewart) to rush her back to Stoolbend in time for the final debate . Meanwhile, Junior discovers that he’s an incredible diver, but is scared to death of putting on the school diving team’s uniform – a tiny Speedo – in the all-new “The Hangover Part Tubbs” episode of THE CLEVELAND SHOW airing Sunday, March 17 (7:30-8:00 PM ET/PT) on FOX. 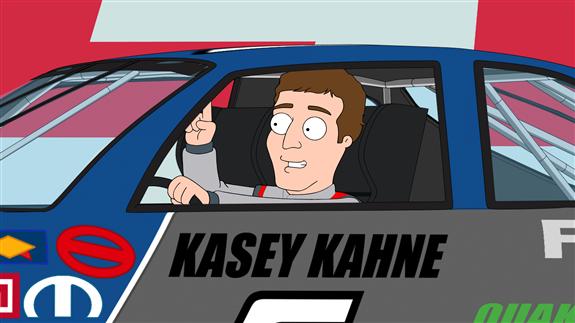 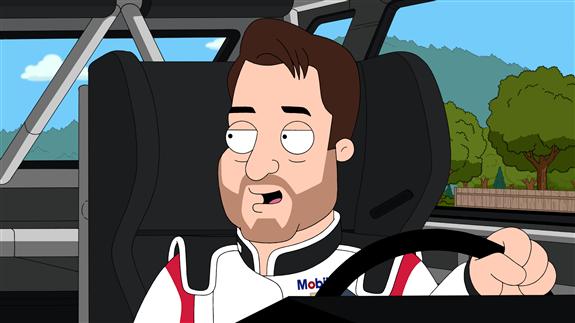