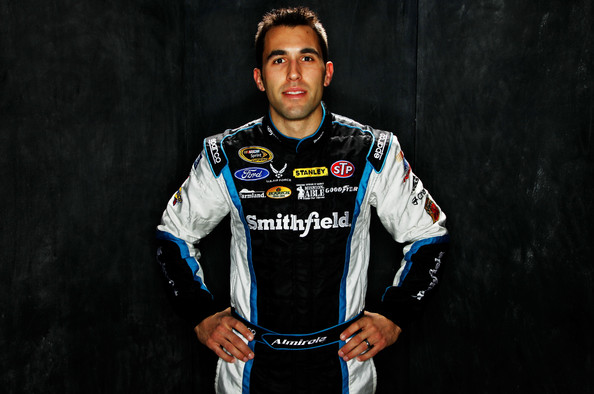 Aric Almirola knows that there is a difference between his team and others in NASCAR’s top series.

“When you really sit down and think about it, you look at the race teams that are on the racetrack, you’ve got four Hendrick Motorsports cars, and three Gibbs cars, and you know, the three Roush cars, two Penske cars.  When you start looking at it, it’s like, man, there’s a lot of good teams really deep into the field, and you have three RCR cars, and then you throw Richard Petty Motorsports in the mix, and I feel like we are right there with those guys.”

Even sitting tenth in the point standings, Almirola feels it would be crazy to even talk about the No. 43 Ford Fusion of Richard Petty Motorsports being a championship contender.

“But I do feel like we are on the cusp of being a consistent Top-10 team.”

Thus far Almirola has completed every lap of the first three races this season resulting in finishes of 13th, 15th and 16th. That is a big improvement for a team that appeared to be headed for mothballs three years ago.

“I’m really proud of what we’ve been able to do, which this 43 team with Todd Parrott and the guys that we have on our crew.  They bring me fast cars to the racetrack, and they do a lot with probably a lot less than some of the other teams that we’re competing against.”