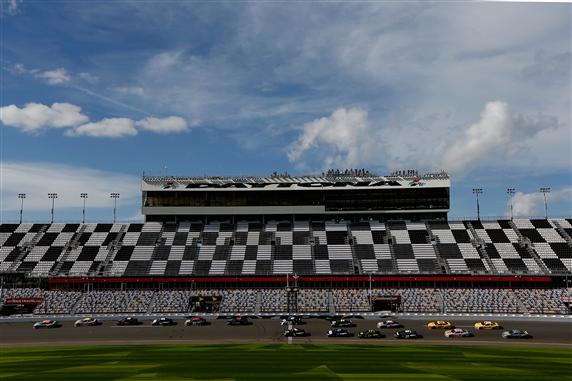 The Sprint Unlimited, NASCAR’s shootout style race which features pole winners from the previous season, is being held at Daytona International Speedway on Saturday evening at 8:00 p.m.

If you want to catch practice for The Sprint Unlimited, you can watch it on SPEED on Friday.  Practice is from 5-6p.m. Final practice will be from 6:30-7:30p.m

You can listen to final practice on MRN radio starting at 6:30p.m and as always, NASCAR will offer live leaderboard/timing  if you can’t catch the practice/race on television on their website.

Fans were able to vote on how the race would go, and decided it that the length of the race’s three segments – to be set at 30 laps, 25 laps and 20 laps.

Fans can still vote for the type of pit stop each team must make. The three choices are a required four-tire pit stop, a required two-tire pit stop or no stop at all at the completion of the first segment.

Fans also have until the start of the second segment to vote for the number of cars that will be eliminated after the 25-lap second segment. The four choices are none, two, four or six.

Daytona 500 practice will be held on Saturday, February 16.