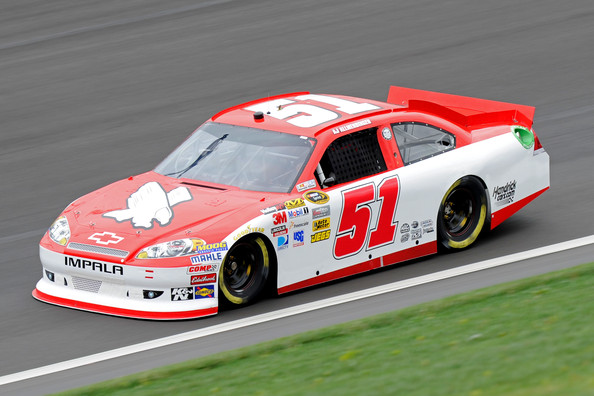 James Finch and the No.51 Phoenix Racing team are committed to run at least 18 Cup series races in 2013, according to sources.

The teams season will start at the Daytona 500 with Regan Smith driving the car. Smith, who shared time with A.J Allmendinger in the No.51 at the end of the 2012 season also has a full time ride in the Nationwide Series with JR Motorsports but will likely split additional races with more drivers, maybe Allmendinger in 2013.

Finch says he has sponsorship for the 500 – but will not announce who that is until after the first of the year and that he would not be opposed to running more than the 18 races he has committed to if they found early success and more sponsorship became available.

Kurt Busch drove the No.51 for most of the 2012 season before he left the team to drive the No.78 Chevrolet for Furniture Row Racing.