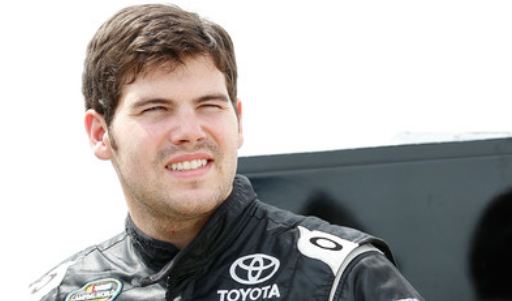 John Wes Townley will compete in the NASCAR Camping World Truck Series next season while driving the Toyota Tundra’s of Red Horse Racing. Townley, 22, drove in the series last season for RAB Racing.

The best finish for Townely last season came at Pocono Raceway when he finished 8th, shortly after he took him self out of the Sprint Cup car of Frank Stoddard’s FAS Lane Racing.

Zaxby’s will serve as the primary sponsor of the No. 7 truck for the full 22-race schedule.

“I’m a competitive race car driver, and I want to race and compete for wins,” said Townley in a statement. “Red Horse Racing has worked hard and continues to excel in the truck series. The success that this Red Horse Racing organization was able to accomplish last season, is the same success we are looking forward to next year.”

Veteran crew chief Mike Beam will call the shots from atop the pit box.

Team Principal, Tom DeLoach added, “John showed vast improvement on the track this past season. Red Horse Racing is eager to move him to the next level in his racing career. Pairing him with Mike Beam is a great way to give John the insight from Mike’s impressive background . We had a fantastic 2012 season and we are anxious to see what 2013 will hold.”
Last season Red Horse Racing field three trucks for drivers Timothy Peters, Todd Bodine and Parker Kligerman. In November, Kligerman signed a contract to drive a Nationwide Series car for Kyle Busch Motorsports.