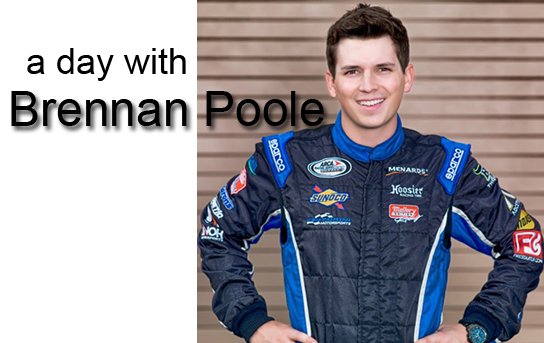 Brennan Poole is a 21 year old race car driver who competed in the ARCA series last season winning two races and finishing third in the points.

In this video, Brennan shares a video of his childhood room located in The Woodlands, TX. Once Brennan’s family moved from Sacramento California, Brennan began making this room his.

Highlighted by racing trophies and all the essentials of a boys room, it also features over forty die-cast cars. Brennan tells us that the cars are gifts from the Terra family. The Terra’s have been following Poole’s career since he raced quarter midgets in San Antonio.


Brennan told Tireball.com that he is a fan of Jeff Gordon, as evident by his die-cast collection, and feels a connection with the four-time Sprint Cup champion.

Check back for future videos from Brennan.