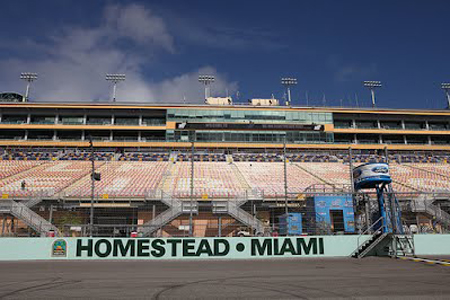 Entering Homestead this weekend the NASCAR Sprint Cup standings are not as close as they were one year ago. Still, there are plenty of reasons to take a peak at Sunday’s season finale.

Brad Keselowski leads five-time Sprint Cup Series champion Jimmie Johnson by 20 points going into Ford Championship Weekend at Homestead-Miami Speedway. To win the championship Keselwoski simply needs a finish of 15th or better, or 16th and at least one lap led, or 17th and the most laps led.

Many eyes will be fixed on the cars of Clint Bowyer and Jeff Gordon. After Bowyer made slight contact with Gordon, the four-time champion turned Bowyer into the wall. What ensued was something straight out of the WWE. It should come as no surprise that there always seems to be the chance that someone will provide a little pay back in the seasons final race.

There also are a handful of drivers making their last appearances for teams. Matt Kenseth will run his last race in Roush Fenway Racing’s No. 17 while Joey Logano will drive the No. 20 one last time.