Keenan Allen is a “game-time decision” for matchup against Seahawks 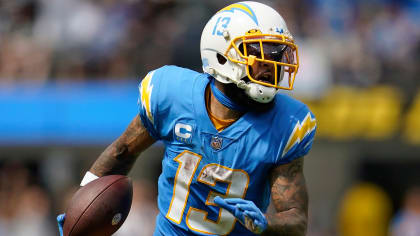 Los Angeles Chargers wide receiver Keenan Allen is a “game-time decision” ahead of the team’s match-up against the Seattle Seahawks.

Allen has been trending positive all week and no setbacks occurred this week. ESPN’s Jeremy Fowler reports that Allen will see how he feels in pregame warmups and the team will then decide his status.

While #Chargers WR Keenan Allen is a game-time decision, he has been ‘trending positive’ this week, per source. Will be based on how he feels pregame, though. But no setbacks occurred in Week 7.

Since suffering a hamstring injury in Week 1, Allen has had a few setbacks in recent weeks and has stated he would prefer to comeback after the team’s bye week (week 8).

What will happen with Allen during warmups is anyone’s guess.