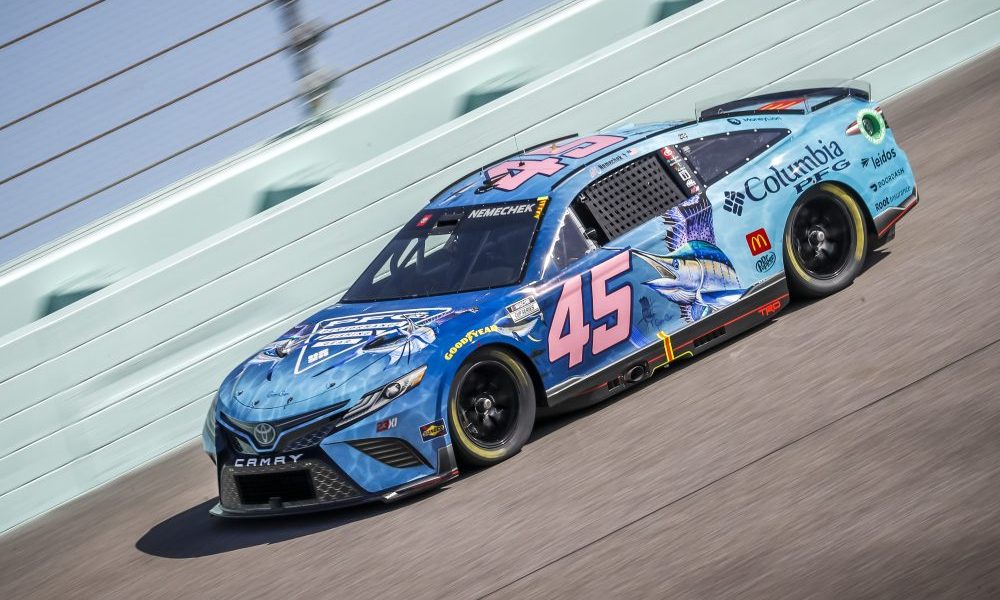 John Hunter Nemechek is driving the No. 45 Toyota of 23XI Racing at Homestead in place of suspended driver Bubba Wallace.

Nemechek was fast in the first practice at Homestead topping the field and later qualified fourth. Ty Gibbs who is driving the No. 23 car again this week for the team qualified sixth suggesting that the team has two strong cars this weekend.

Wallace was suspended for one race after intentionally wrecking and then making physical contact with Kyle Larson at Las Vegas Motor Speedway. 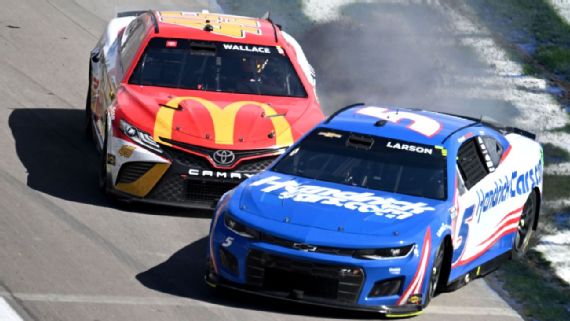 The appearance in the No. 45 car marks a return to NASCAR’s top series for Nemechek after he competed in a full season for Front Row Motorsports in the No. 38 car scoring three top-10 finishes but opted to return to the NASCAR Camping World Series to drive for Kyle Busch Motorsports in equipment which he felt gave him a chance to go to victory lane.

The No. 45 car will have Nemechek’s name above the driver side door.