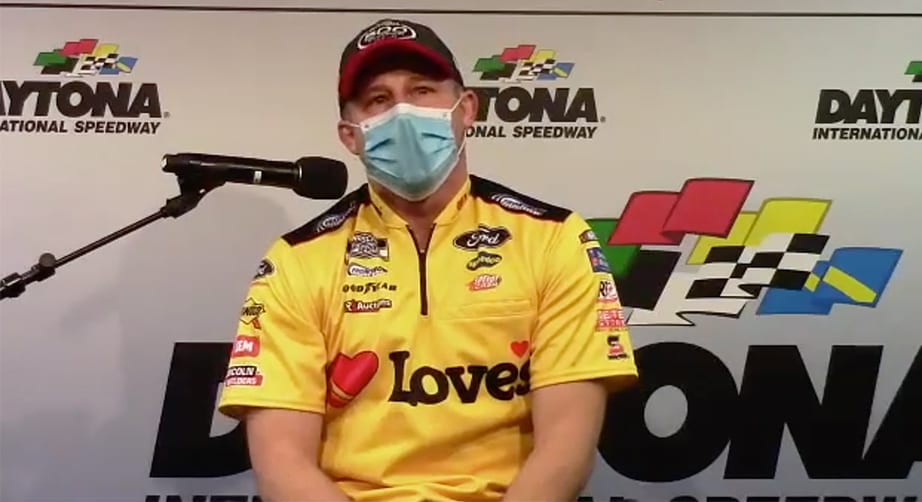 On Tuesday Stewart-Haas Racing (SHR) announced that Drew Blickensderfer would serve as the crew chief of the No. 10 Ford Mustang driven by Aric Almirola.

To make room for Blickensderfer, Mike Bugarewicz will transition into the role of a performance director. Bugarewicz had served as the crew chief of the No. 10 for the past two seasons.

Blickensderfer most recently was the crew chief of Michael McDowell from 2019-2021. In his career he has four Cup Series wins as a crew chief with drivers Matt Kenseth, David Ragan and most recently McDowell’s win in the 2021 Daytona 500.

“Drew has been in the sport a long time and knows how to get the best out of the people around him, and that‘s really what the job of crew chief has become,” Stewart-Haas Racing vice president of competition Greg Zipadelli said in a press release. “We have the same parts and pieces, but what we do with those parts and pieces will make the difference. Drew has worked with a lot of drivers and managed a lot of people. He already has a rapport with Aric, and that will make the learning curve in a season full of learning a little less steep.”

The remainder of SHR’s driver/crew chief pairings will look like this Kevin Harvick with Rodney Childers, Cole Custer with Mike Shiplett and Chase Briscoe with Johnny Klausmeier.