Mayfield to have offseason surgery, questionable for Week 18 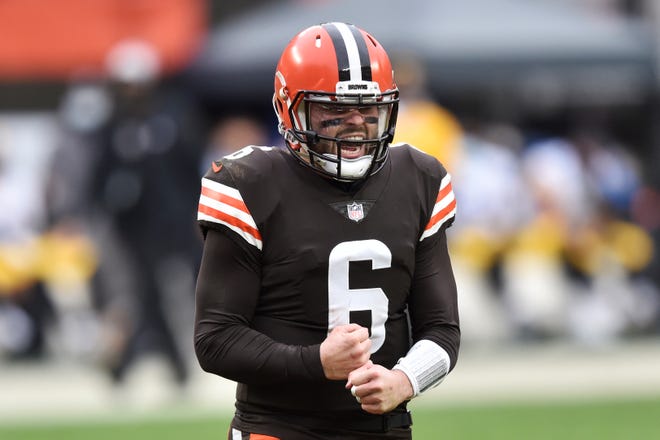 Browns quarterback Baker Mayfield confirmed on Monday night that he will undergo surgery in the offseason to repair a torn labrum in his non-throwing left shoulder.

Mayfield has been dealing with the injury since Week 2 and his status for Week 18’s game against the Bengals remains up in the air.

“I’m an extremely competitive guy,” Mayfield said following a loss at Pittsburgh on Monday, via ESPN. “Now it’s time for me to start looking at what’s in the best interest of me and my health.”

Mayfield threw two interceptions and was sacked nine times. At one point in the game he threw 10 consecutive incompletions.

“It’s not gonna always be pretty or smooth, but I’m a fighter,” he said. “If anybody ever questions how much I want it, just turn on this tape. It wasn’t pretty, but I kept going, kept swinging; that’s who I am, and that’s what I will continue to be.”

Mayfield is under contract with the Browns though the 2022 season after his fifth-year option was exercised for $18.86 million.