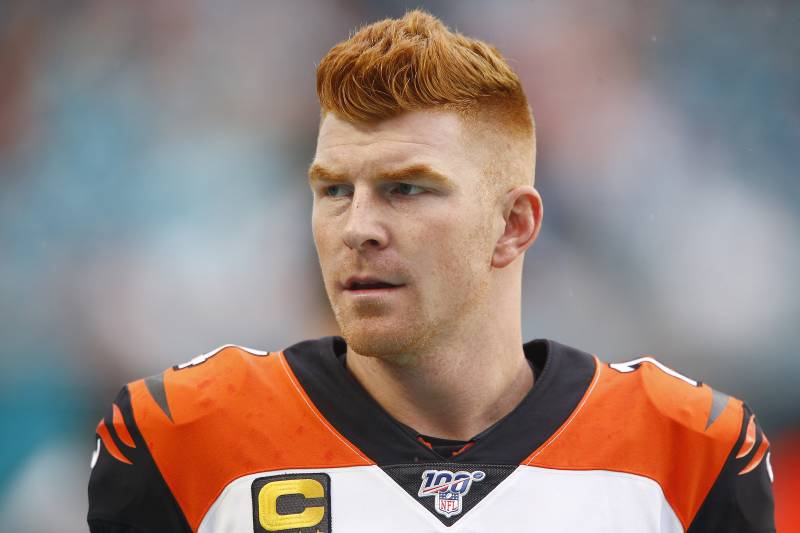 Andy Dalton’s time as the starting quarterback with the Bengals ended when the team selected Joe Burrow with the number one pick in this year’s NFL Draft. Days later his time on the roster with the team has also ended.

Dalton, 32, was an often good but not great presence under center for the Bengals since being drafted in 2011. Set to make $17.7 million in the 2020-21 season the Bengals had no reason to keep him.

The Bengals were 70-61-2 with Dalton as their starter with playoff appearances from 2011 to 2015 but never a win. Dalton earned three Pro Bowl selections and has a franchise record 204 touchdown passes. Only Ken Anderson (32,838) had more passing yards than Dalton (31,594) with the Bengals.

After a slow start it was expected that the 2019 season would be the last for Dalton with the Bengals. With eight strait losses first-year head coach Zac Taylor benched Dalton turning to rookie Ryan Finley. That experiment lasted three games before Dalton returned as the team’s starter in a 22-6 win over the Jets on Dec. 1 where he set the Bengals franchise record for touchdown passes.

In his season finale win over the Browns, Dalton reflected on his time with the team and in Cincinnati.

“This city has been our home since I got drafted here, and this city’s meant a lot,” Dalton said. “I’m thankful for all the people that we’ve met. There’s been a lot of good people in Cincinnati who have pushed me, my wife and my family to be better people, and we’re grateful for that.”

There is no shortage of teams who could take a look at Dalton. The Patriots who did not draft a replacement for the departed Tom Brady stand out, as do the Steelers who may be looking for a veteran option behind Ben Roethlisberger who missed 14 games last season and at-least one game over the list five seasons. The Jaguars could also view Dalton as an option in case Gardner Minshew does not pan out and then there is always the Vikings, Broncos and Cowboys who could take a look to add him as a backup as well.