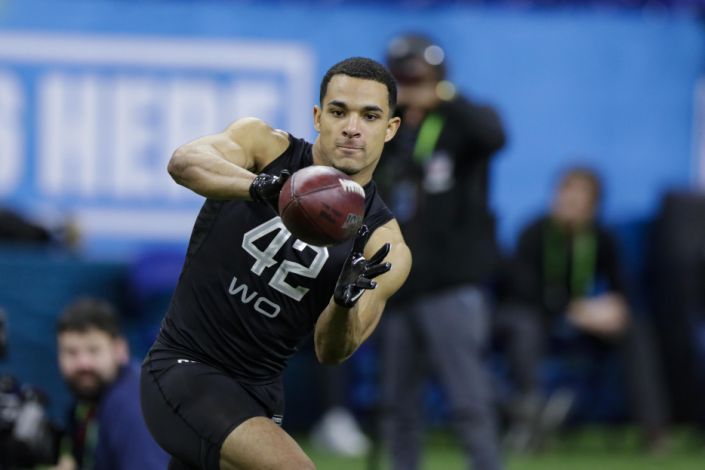 Thanks to a policy changed initiated by President Trump, former Navy quarterback Malcolm Perry will have a chance to transition to the NFL.

Perry, drafted in the seventh round by the Dolphins, stands only 5-foot-9 and says he began thinking he could chance a chance in the NFL around midseason after the Naval Academy began 7-1.

New guidelines allow service academy graduates the ability to seek a delay in their military commitment so they can play pro sports.

“It means a lot,” Perry says, “because I know a lot of guys that I played with in the past who didn’t get the opportunity, but definitely had the talent.”

The Dolphins could use Perry as a running back, slot receiver or kick returner.

Perry ran for 2,017 yards as a senior, an FBS record for a quarterback, including 304 yards against Army while the Midshipmen tied a school record with 11 wins and finished in the Top 20 for only the second time in 56 years.